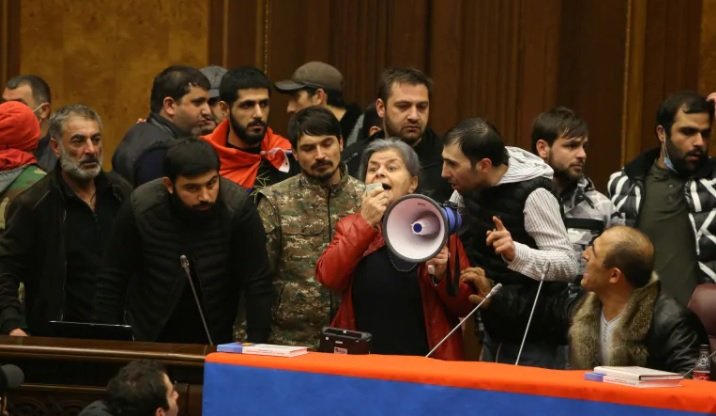 On Tuesday (November 10), Russia brokered a new peace deal between Armenia and Azerbaijan, the two countries that have been in a military conflict for over six weeks over the disputed region of Nagorno-Karabakh in the South Caucasus.

During the course of the conflict, considered one of the most serious in recent years, over 1200 have lost their lives as per the Nagorno-Karabakh authorities, while thousands have been displaced.

The deal, which is meant to end the conflict between the two nations, was signed by Russian President Vladimir Putin, Azerbaijani president Ilham Aliyev and Armenian prime minister Nikol Pashinyan. Since the conflict started in September, multiple ceasefire agreements have been signed between the two sides, but none so far have been successful.

As per the new peace deal, both sides will now maintain positions in the areas that they currently hold, which will mean a significant gain for Azerbaijan as it has reclaimed over 15-20 per cent of its lost territory during the recent conflict, the AFP reported.

Refugees and internally displaced persons will return to the region and the adjacent territories and the two sides will also exchange prisoners of wars and bodies. Significantly, a new corridor will be opened from Nakhchivan to Azerbaijan, which will be under Russian control.

The BBC reported that a large crowd gathered in the Armenian capital to protest against the peace deal, while Azerbaijan’s Aliyev has said that the agreement was of “historic importance”.

What are the stakes for Russia?

Russia’s role in the conflict has been somewhat opaque since it supplies arms to both countries and is in a military alliance with Armenia called the Collective Security Treaty Organisation. In a statement released last month, Dmitry Peskov, the Press Secretary of the President of the Russian Federation, said Russia “has always taken a balanced position” on the matter and has “traditionally good relations” with both countries.

What is the Nagorno-Karabakh region?

Straddling western Asia and Eastern Europe, Nagorno-Karabakh is internationally recognised as part of Azerbaijan, but most of the region is controlled by Armenian separatists. Nagorno-Karabakh has been part of Azerbaijan territory since the Soviet era. When the Soviet Union began to collapse in the late 1980s, Armenia’s regional parliament voted for the region’s transfer to Armenia; the Soviet authorities turned down the demand.

Years of clashes followed between Azerbaijan forces and Armenian separatists. The violence lasted into the 1990s, leaving tens and thousands dead and displacing hundreds of thousands. In 1994, Russia brokered a ceasefire, by which time ethnic Armenians had taken control of the region.

While the area remains in Azerbaijan, it is today governed by separatist Armenians who have declared it a republic called the “Nagorno-Karabakh Autonomous Oblast”. While the Armenian government does not recognise Nagorno-Karabakh as independent, it supports the region politically and militarily.

Have there been other ceasefire agreements?

Even after the 1994 peace deal, the region has been marked by regular exchanges of fire. In 2016, it saw a Four-Day War before Russia mediated peace. The Organization for Security and Co-operation in Europe (OSCE) Minsk Group, chaired by France, Russia and the US, has tried to get the two countries to reach a peace agreement for several years.

This October, both countries agreed to a ceasefire agreement, which was also brokered by Russia but was unsuccessful.

What is the role of ethnicity in the conflict between the two countries?

Ethnic tensions from decades ago have a crucial role in the dispute. While the Azeris claim that the disputed region was under their control in known history, Armenians maintain that Karabakh was a part of the Armenian kingdom. At present, the disputed region consists of a majority Armenian Christian population, even though it is internationally recognised as a part of Muslim-majority Azerbaijan.

How did the recent conflict start?

It began on the morning of September 27, since when each country has claimed to have inflicted serious loss on its opponent. What’s different about the current flare-up is that this is the first time that both countries have proclaimed martial law.