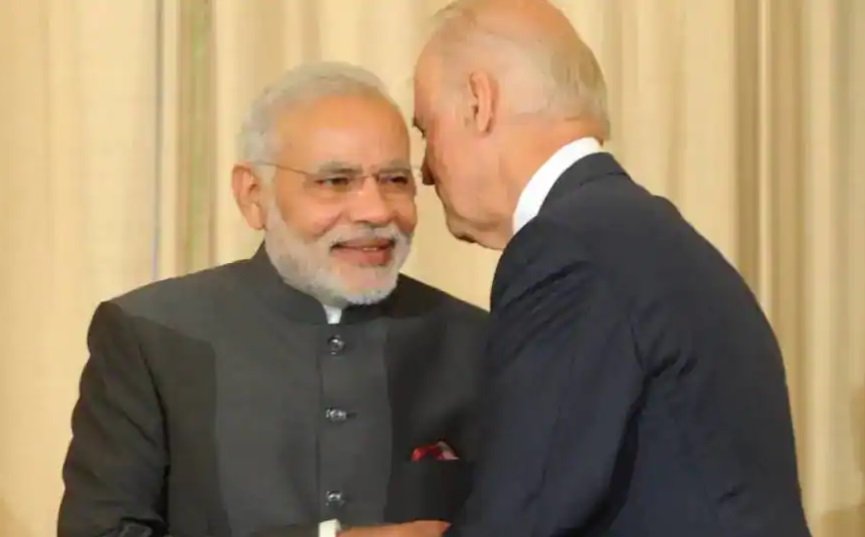 US President-elect Joe Biden spoke with Prime Minister Narendra Modi on Tuesday night in their first phone conversation since the results of the US election was declared earlier this month.

PM Modi congratulated Biden and his running mate Kamala Harris on their victory and reiterated New Delhi’s commitment to the Indo-US strategic partnership and discussed their “shared priorities and concerns”.

Taking to microblogging site Twitter, Modi wrote, “Spoke to US President-elect Joe Biden on phone to congratulate him. We reiterated our firm commitment to the Indo-US strategic partnership and discussed our shared priorities and concerns — Covid-19 pandemic, climate change, and cooperation in the Indo-Pacific Region.”

While, the Biden-Harris Presidential Transition team in a press release informed that the president-elect thanked the prime minister for his congratulations and expressed his desire to strengthen and expand the US.-India strategic partnership alongside the first vice president of South Asian descent Kamala Harris.

“The president-elect noted that he looks forward to working closely with the prime minister on shared global challenges, including containing COVID-19 and defending against future health crises, tackling the threat of climate change, launching the global economic recovery, strengthening democracy at home and abroad, and maintaining a secure and prosperous Indo-Pacific region,” the statement read.

The readout highlighted key areas in which the Biden administration “looks forward to working closely” with Prime Minister Modi which include “containing COVID-19 and defending against future health crises, tackling the threat of climate change, launching the global economic recovery, strengthening democracy at home and abroad” and “maintaining a secure and prosperous Indo-Pacific region.”

During the telephonic conversation, PM Modi warmly recalled his earlier interactions with Biden, including during his official visits to the United States in 2014 and in 2016.

On area which both readout mention is Indo-Pacific, a concept that was the key focus of the Trump administration and New Delhi and shows continuity on the issue. The concept, backed by India, the US, and like-minded partners is seen suspiciously by China.

Biden has been a supporter of close New Delhi-Washington ties, in his capacity as senator and the vice president. In August 2001, Joe Biden had written a letter to then-President George W. Bush calling on the new administration to drop US sanctions against India and during his tenure as the Chairman of Senate Foreign Relations Committee, he worked towards the US Senate’s approval of US-India Civil Nuclear Agreement in 2008.

Biden had chaired the Joint Session of the US Congress that was addressed by the Prime Minister during his 2016 visit.