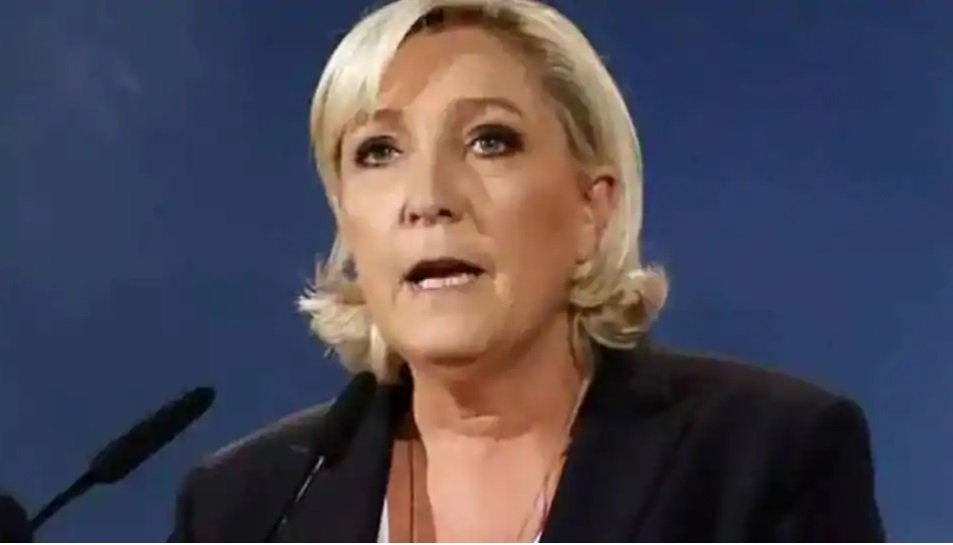 French leader Marine Le Pen urged to impose a ban on Pakistani immigration amidst critical comments by leaders from Pakistan on France.

Calling it as a threat to the country, the leader of the National Rally Party called for a ban on Pakistani immigration . Taking to Twitter she wrote (in French which roughly translates to): “In view of the new ultra-violent demonstrations today in #Bangladesh (demonstrators who called to behead our ambassador), and #Pakistan , I call for an immediate moratorium on immigration from these countries, in the name of national security. MLP.”

Recently, France witnessed gruesome murders after President Emmanuel Macron defended the right to caricature the Prophet Mohammed. It has witnessed two knife attacks, one in Nice in which three people were killed at a church, and another in Avignon, in which the attacker was killed by the police. While, a guard at the French consulate at the Saudi city of Jeddah was attacked.

Macron responded to the attack in Avignon, carried out by an 18-year-old Chechen refugee, by launching a campaign that aimed to build a French version of Islam.

During his eulogy at Paty’s funeral, Macron said that the country could never give up its liberties or its cartoons, and will continue to fight for freedom.

Several Islamic countries, including Pakistan and Turkey, have been attacking France over alleged Islamophobia. Islamic leaders have tried to whitewash the heinous crime saying Muslims cannot tolerate anything against their Prophet.

Meanwhile, Pen thanked India for showing support against anti-French sentiments. On October 26, she tweeted: “Thanks to India and to its government who have just given their support to France facing intimidation to give up its values.”

Marine Le Pen is the President of the National Rally political party and is known for her anti-immigration beliefs. She has opposed EU membership of Turkey and called it against the wishes of the people of Europe. In recent times she has also called for a complete ban on headscarf in France.