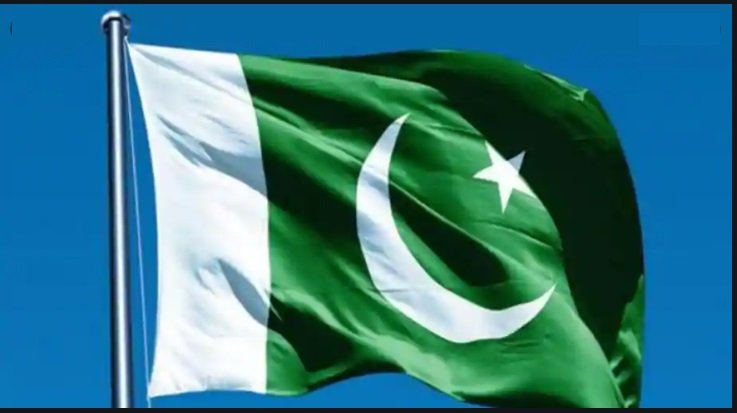 As Pakistan prepares to celebrate the day of occupation on Gilgit-Baltistan (G-B), massive protests have erupted in the area against the atrocities committed by the Pakistani Army and the Federal government. The protestors are aggressively demanding to release human rights activists and political leaders.

Powerful slogans like “Ye jo dehshatgardi hain, uske peechhe vardi hain” (Pakistani Army is behind the terrorism). The region suffers from absolute statelessness and the army has been given a free hand to rule the region. Locals have been hitting the streets to protest against the human rights breaches carried out by the Pakistani Army. The administration of the area has been disastrous for Pakistan since its occupation of it.

Pakistan has been resorting to illegal and unethical means since its initial attempts to occupy G-B. Following the raiders’ attack on Jammu and Kashmir on 22 October 1947, involving 20,000 armed tribesmen equipped by Pakistani arms and ammunition, progressing towards Srinagar to occupy it and cut it off from the rest of India, Pakistan began to launch an operation to attack G-B.

As the Indian Army was engaged to vacate the Kashmir valley from the raiders, Pakistan sensed an opportunity and the Pakistani government pocketed Major William Brown, who was the commander of the Gilgit Scouts under Maharaja Hari Singh. He led a coup on 1 November 1947, to capture Governor Ghansara Singh. Mirza Hassan Khan, a radical Muslim of the Jammu and Kashmir 6th Infantry assisted Brown.

All happened under the command of Khan Abdul Qayyum Khan, a defected leader of the Congress Party, who later defected to the Muslim League. He helped establish a temporary government with Raja Shah Rais Khan as the president and Mirza Hassan Khan as the Commander-in-chief. Political agent appointed by Pakistan, Khan Mohammad Alam Khan, arrived on 16 November with the Pakistani Army and took over the administration of Gilgit. Gilgit Scouts along with tribal raiders advanced towards Baltistan and Ladakh and captured Skardu by May 1948. The Indian Army vacated regions of Ladakh during Autumn 1948.

Pakistan’s operation was entirely led by the military and tribals and the public of G-B was not at all involved. Soon after the constitution of the provisional government, locals came out to protest the Pakistani occupation, only to be met with atrocities.

Through a conspiracy, the Federal government of Pakistan signed the Karachi Agreement with the POJK government in 1949 and carved out G-B from it. According to the International Crisis Group (ICG), the Karachi Agreement, which formed the basis of Pakistan’s administration over G-B, is highly unpopular in the area because G-B was not a party to it even while its fate was being decided upon.

Since Pakistani occupation, a continuous movement has continued to demand its independence from Pakistan and the country has met it by absolute elimination of leaders of the movement. Recently, the Human Rights Commission of Pakistan (HRCP) slammed the Pakistani government for vanquishing the people of G-B. In its latest report, the HRCP has said that Pakistan’s objection to the abrogation of special status for Indian Jammu and Kashmir “appears odd, because Pakistan itself has not granted special status to one of its components (GB).” Pakistan, the commission had further observed, “The opposition of the people is evident from the protests held periodically across the region against land grabbing, usurpation and purchase through coercive and covert means. Protests and clashes over the issue of land have been reported in Ghanche, Skardu, Hunza, Nagar, Ghizer and Gilgit districts.”

The arrival of CPEC project added to the sufferings of people of Gilgit-Baltistan. Climate change activists like Baja Jan and several other dissidents have involuntarily disappeared in the region. The number of such disappearances began to surge with the arrival of CPEC in the region. Locals see the Chinese hand behind the aggression through which Pakistan is trying to consolidate power and unilaterally merge the area within its territory. This is the reason why China has appointed Nong Rong – an official of China’s United Fronts Works Department (UFWD), China’s agency for carrying out covert operations as its new ambassador to Pakistan. It is believed that he has been tasked to remove all the blockades in the way of CPEC in G-B and ensure complete control of China over the region.

The 2019 report of OHCHR on Jammu and Kashmir has noted, that the fashion in which the CPEC projects are being implemented in G-B, raises issues about the enjoyment of rights enshrined in the International Covenant on Civil and Political Rights and the International Covenant on Economic, Social and Cultural Rights, to which Pakistan is a party. Pakistani Federal government is also major laws like the Anti-Terrorism Act as well as the minor ones like the cybercrimes laws to curb the anti-CPEC dissent in G-B. On the trend, the OHCHR has expressed that anyone who protests or criticises CPEC is termed as “anti-national and anti-people”.

According to a report by a think tank Law and Society Alliance has noted, “The Pakistani government – hyper conscious regarding the CPEC project– through its intelligence officials, warned and threatened journalists in G-B against criticising the CPEC projects.”

Besides settling down of Punjabi elites, now the prime locations of G-B have become the new colonies of Chinese soldiers, who initially came to work on CPEC and eventually settled down. These Wahhabi Sunni workers permanently settle in G-B, further radicalising the region and wiping out the Shia majority and the Chinese are exploiting the local population and local resources of the region. There are also several news reports that expose the prostitution rackets being run in G-B, exclusively for the People’s Liberation Army (PLA) soldiers and Chinese workers working on CPEC projects in the area.

Incidentally, the Pakistani constitution does not recognise G-B to be a territory of Pakistan. Neither G-B, nor PoJK finds mention in Article 1 of the Pakistani Constitution, which describes Pakistani territories. The Unrepresented People’s Organisation (UNPO) has noticed, “In Gilgit-Baltistan, the majority of human rights activists charged with sedition or terrorism for participating in peaceful demonstrations are being tried in front of military anti-terrorism courts outside the scope of the Constitution, which is not applicable in the region, due to the fact that Gilgit-Baltistan is not a part of Pakistan.

Pakistan has continuously failed the region and poor development indicators and sheer absence of facilities in G-B reflect it. The governance of the area is marked by only two factors: ambiguity and genocides. Amidst everything, the voices of G-B residents are getting prominence over the global fora and the Pakistani establishment is facing embarrassments to clarify its position and justify its deeds. Nevertheless, human rights defenders wish that the people of G-B shall be able to defend themselves against the draconian CPEC project and prevent their territory from turning into a Chinese colony.