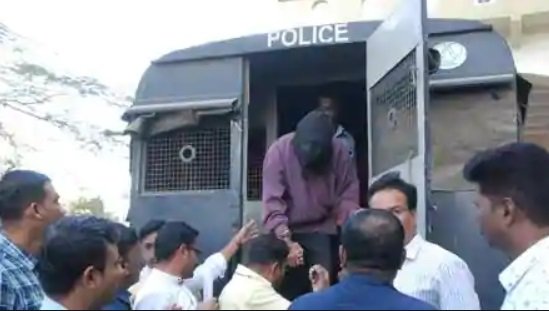 Delhi Police sources have said that ISIS terrorist Abu Yusuf alias Mustaqeem Khan, who was arrested by Delhi Police Special Cell on Friday (August 21), has revealed during interrogation that he was influenced by speeches of radical Islamic preacher Zakir Naik.

Abu Yusuf was arrested following a brief exchange of fire from the section of the Ridge Road between Dhaula Kuan and Karol Bagh. According to Delhi Police, Abu Yusuf ,who belongs to Balrampur in Uttar Pradesh, had planned terror strikes in crowded areas of the national capital.

It is to be noted that police had also recovered two Improvised Explosive Devices (IEDs), weighing approximately 15 kilograms in two pressure cookers, from his possession at the time of his arrest. Besides, a pistol was also recovered from him.

Naik is involved in the preaching of radical Islamic ideology that has influenced the youth in India and abroad in an adverse manner and some of them are found to have been motivated to join extremist organisations such as ISIS.

The 53-year-old controversial preacher left India in 2016 and subsequently moved to Malaysia, which has reportedly granted permanent residency to him. Naik was booked by the Enforcement Directorate in 2016, based on a National Investigation Agency FIR that was registered under the Unlawful Activities Prevention Act.

According to Delhi Police, Abu Yusuf was in touch with ISIS handlers who instructed him to plan terror strikes in India. He had also made passports in the name of his wife and 4 children. Earlier, he was being handled by Yusuf Alhindi who was killed in Syria. Later, Abu Huzafa, a Pakistani, was handling him. Huzafa was also later killed in drone strike in Afghanistan, the DCP Special Cell told reporters. Khan had been under watch for the last year, the DCP added.