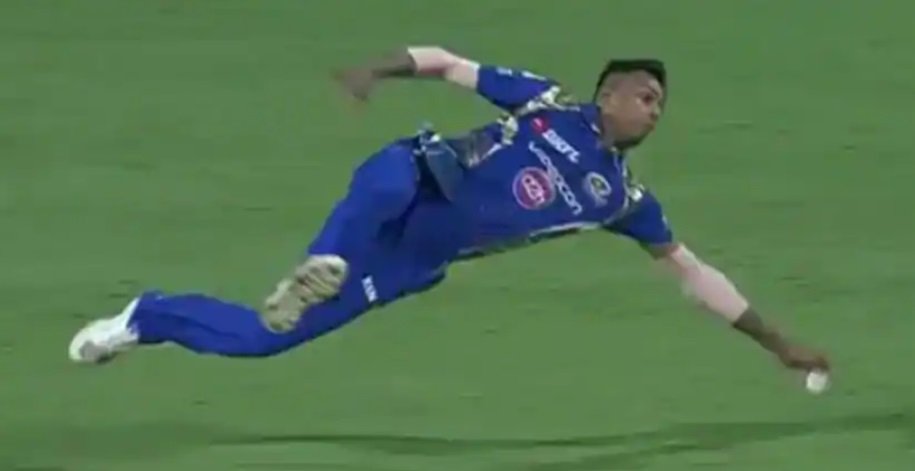 After stopping the Kolkata Knight Riders (KKR) batsmen from scoring freely while chasing a mammoth total of 195 runs, Mumbai Indians dominated the match completely but Rohit Sharma-led side was unwilling to allow KKR batsmen to score easily. The commitment of Mumbai Indians players was so high that even a single four resulted in Hardik Pandya lashing out at Jasprit Bumrah after the latter failed to dive to save a boundary.

On the first delivery of the 12th over, Kieron Pollard delivered a slow ball to KKR middle-order bastman Eoin Morgan and the English skipper played the shot in the backward point direction. Bumrah tried to stop the ball by extending his hands to reach out for it but he did not succeed in stopping the ball. The ball went towards the third-man region and Pandya tried his best to stop it from touching the ropes but in vain.

Pandya lost his cool at Bumrah and asked him to give his best. Pandya’s reaction sparked a lot of reactions on social media.