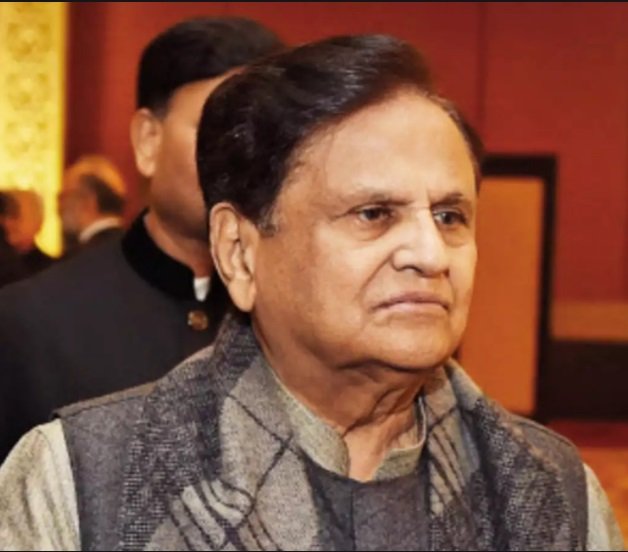 Senior Congress leader and the party’s top strategist Ahmed Patel died in a Gurugram hospital on Wednesday due to multi-organ failure. He was suffering from complications related to COVID-19.

Patel (71), who was critical for a few days, was admitted to the Medanta hospital in Gurugram on November 15 after he developed complications.

“With profound grief & sorrow, I regret to announce the sad and untimely demise of my father, Mr. Ahmed Patel at 25/11/2020, 03:30 AM. After testing positive for Covid-19 around a month back, his health worsened further due to multiple organ failures. May Allah grant him Jannatul firdaus, inshallah,” he said in a tweet.

He also urged all well-wishers to adhere to the COVID-19 regulations by avoiding mass gatherings.

“AP” to his friends and “Ahmed Bhai” to colleagues, Patel was one of the closest aides of Congress chief Sonia Gandhi and her political secretary for a long time.

He was the trouble-shooter of the Congress and had steered the party out of ticklish situations many a time. He was the grand old party’s pointsman for building consensus on key issues with other parties and leaders.

A soft-spoken and affable man, Patel was well respected and had friends across the aisle and in different spheres.

The veteran Congress leader had himself announced on Twitter on October 1 that he had tested positive for COVID-19 and all those who had come in close contact of him should also get tested.