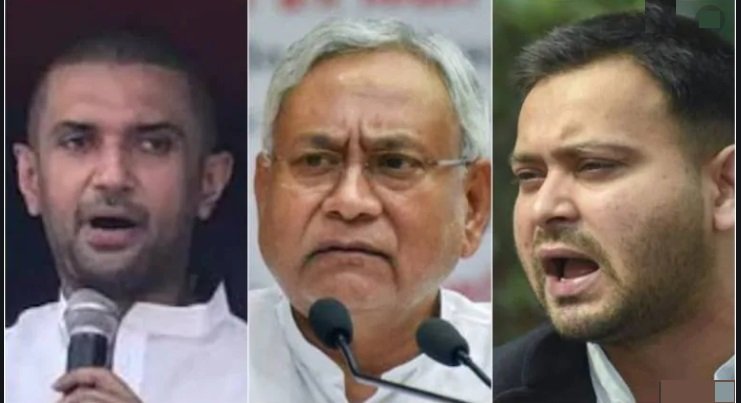 Tejashwi Yadav-led Grand Alliance or Mahagathbandhan witnessed a late surge in numbers on Tuesday (November 10, 2020) in the Bihar election results 2020. The National Democratic Alliance (NDA), which enjoyed a solid lead throughout the day, saw its gains dipping in the evening in the Bihar assembly poll results.

As per the latest reports, the NDA is ahead of the Grand Alliance as over 3.40 crore votes have been counted till 8 PM.

After trailing in the initial rounds, the BJP-led NDA alliance has made a strong comeback and taken a comfortable lead over Tejashwi Yadav-led Grand Alliance as the counting of votes progressed earlier in the day, The ruling BJP-JDU alliance was leading in 127 seats after several rounds of counting of votes polled in 243 constituencies in the three-phased Bihar assembly election 2020. The election campaign that hinged on electioneering by Prime Minister Narendra Modi appeared to have paid off for the BJP, which had emerged as the single-largest party in Bihar with leads in 72 seats.

Meanwhile, the Congress party raised questions over the veracity of EVMs as NDA crossed the majority mark in Bihar defying the exit poll predictions – a charge clearly rejected by the Election Commission. In another development, Nitish Kumar’s JDU “conceded” defeat in the closely contested Bihar Chunav 2020 with reports quoting senior party leader KC Tyagi blaming the COVID-19 pandemic for the outcome of the election as the early trends showed Tejashwi Yadav-led RJD emerging as the single-party, followed by the BJP. The majority mark in the 243-seat Bihar assembly is 122.

The majority of exit polls had earlier predicted a big win for Tejashwi Yadav-led Grand Alliance or Mahagathbandhan, comprising the Rashtriya Janata Dal (RJD), the Congress and the Left parties in the state, while the incumbent Chief Minister Nitish Kumar is looking to retain office for the fourth term in this election. Most exit polls predicted a rout for the ruling JD(U)-BJP combine and a resounding victory for the Grand Alliance (Mahagathbandhan) led by RJD’s 31-year-old chief ministerial candidate Tejashwi Yadav, who has thrown down the gauntlet at redoubtable Nitish Kumar, the battle-scarred veteran more than twice his age.