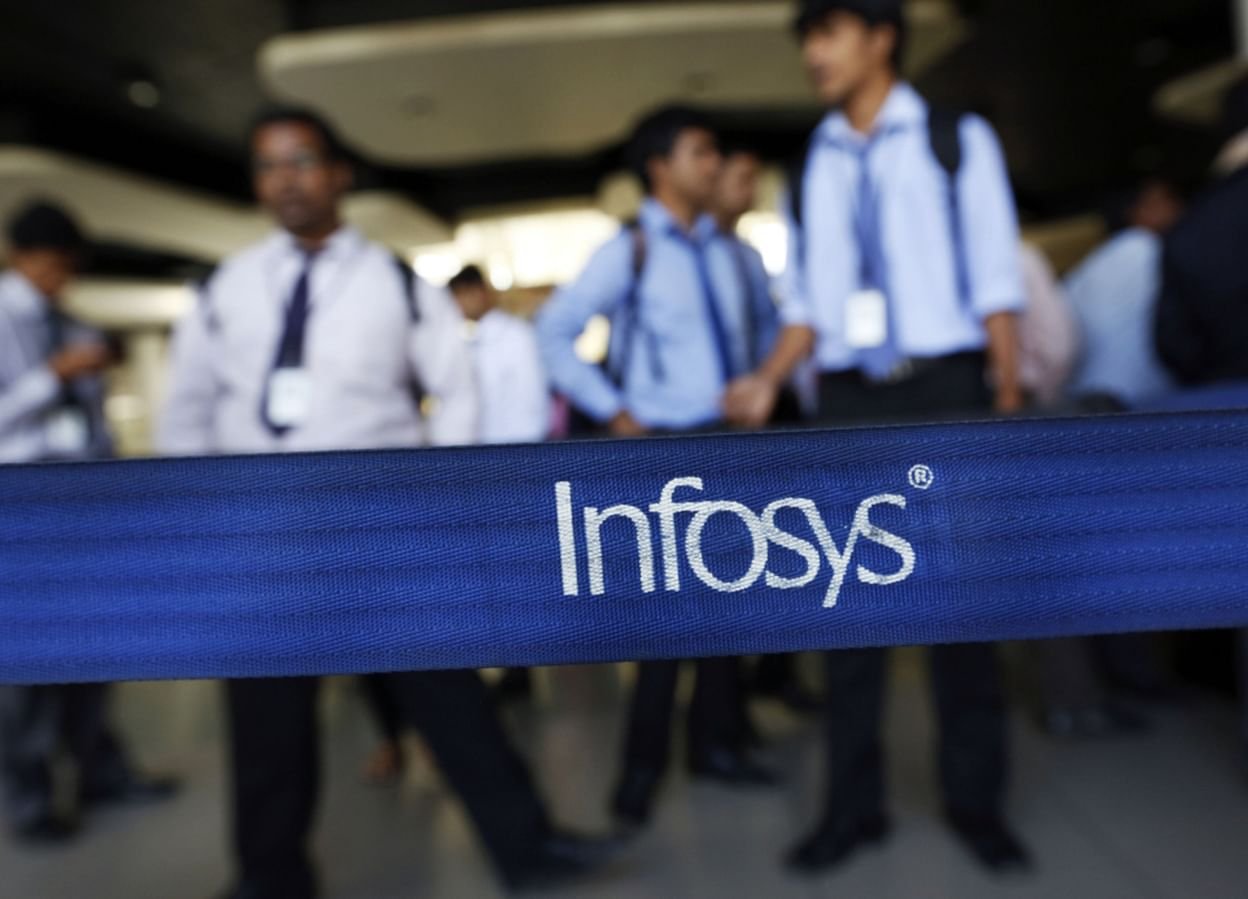 Information technology giant Infosys today reported a 2.6 per cent on quarter fall in its consolidated net profit to Rs 5,078 crore for the quarter ended March, which was lower than analysts’ estimate of Rs 5,170.2 crore.

The company reported a 2.8 per cent quarter-on-quarter (QoQ) growth in consolidated revenues for the quarter to Rs 26,311 crore, slightly lower than analysts’ estimate of Rs 26,701.8 crore.

The Bengaluru-based company also guided for 12-14 per cent sales growth in constant currency terms in 2021-22 and an operating margin band of 22-24 per cent.

Infosys also approved a share buyback plan worth Rs 9,200 crore. The company said it will buyback shares from shareholders at Rs 1,750, a premium of 25 per cent to Tuesday’s closing price. The company also announced a final dividend of Rs 15 per share.

On a year-on-year basis, the company’s revenues rose 9.6 per cent in the March quarter while the bottomline climbed 17 per cent.

For the quarter ended March, the company reported consolidated operating margin of 24.5 per cent, down 90 basis points from the previous quarter.

The company has had a stellar 2020-21 after an initial stumble due to the pandemic largely because of accelerated migration to digital services such as cloud by companies across the world. In the March quarter, the company reported deal wins worth $2.1 billion.

In constant currency terms, the IT behemoth’s revenues rose 2 per cent on a sequential basis in the March quarter. The revenue performance in the quarter was aided by 34.4 per cent year-on-year growth in digital services.

For the financial year ended March, Infosys reported a 5 per cent growth in its topline in constant currency terms. The company’s operating margin rose 320 basis points to 24.5 per cent, while its basic earnings per share grew 12.5 per cent.

Shares of the company had ended 1.6 per cent lower at Rs. 1,402.85 on the National Stock Exchange on Tuesday. Indian stock market is closed today on account of a public holiday.