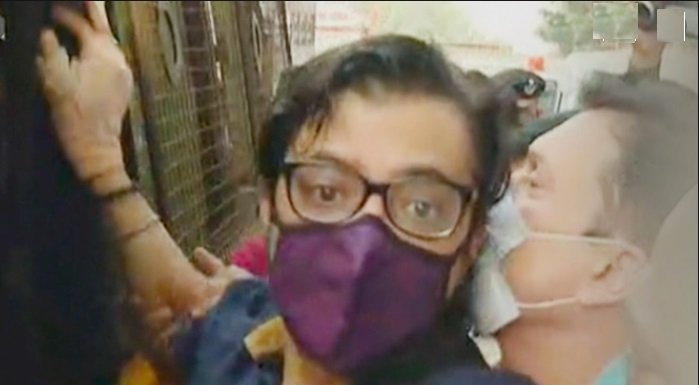 Besides the state government, the journalist has made station house officers of the Alibaug police station and Mumbai Police Commissioner Param Bir Singh as parties to his appeal in the top court.

On Monday, the high court had rejected pleas of Goswami and two others for interim bail in an alleged abetment to suicide case registered against them in 2018 and said they could move bail applications before a sessions court for a decision within four days. The three had then approached the sessions court in Alibag.

In the court, the bench of Justices S S Shinde and M S Karnik rejected the interim bail pleas of the three accused, saying “no case is made out for release of applicant under extraordinary writ jurisdiction”.

Goswami, Shaikh and Sarda were arrested on November 4 after police in Raigad reopened a case involving the death of interior designer Anvay Naik and his mother Kumud Naik at their home in Alibag in May 2018.

According to police, the Naiks committed suicide over alleged non-payment of dues by Goswami’s channel and companies of the two other men.

Earlier this week, Goswami was shifted to Taloja Central Prison in Navi Mumbai on Sunday morning from a makeshift Covid-19 quarantine centre in Alibaug for allegedly using a cellphone.