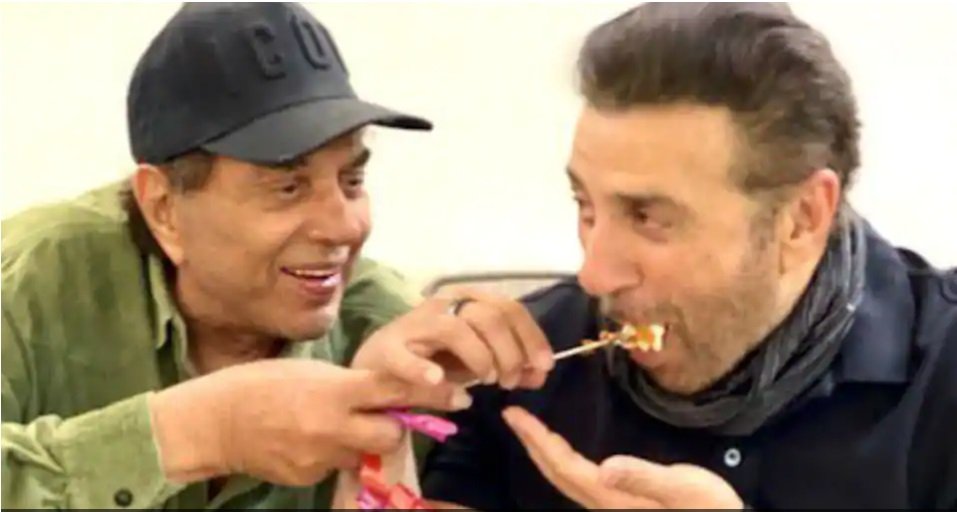 Actor Sunny Deol, who turned 64 on Monday, had a quiet birthday celebration with family. Pictures from the festivities were shared by the actor himself and his father-veteran star Dharmendra.

“With his great blessings, we celebrated Sunny’s BIRTHDAY Deol Style ….need your good wishes,” Dharmendra wrote on Instagram. He shared a picture of himself with Sunny Deol and in the other, the latter was spotted with younger brother Bobby Deol. The third photo has Sunny Deol sandwiched between his two sons – Karan and Rajvir.

Sunny Deol made his Bollywood debut in 1983 with “Betaab”. He established his space as an action superstar with Rajkumar Santoshi’s “Ghayal” (1990), which was produced by Dharmendra, and later went on to entertain the audience in numerous films including “Border”, “Damini”, “Gadar: Ek Prem Katha”, “Ghatak”, “Ziddi”, “Yateem” and “Dacait” and “Arjun”. Sunny Deol joined politics in 2019.