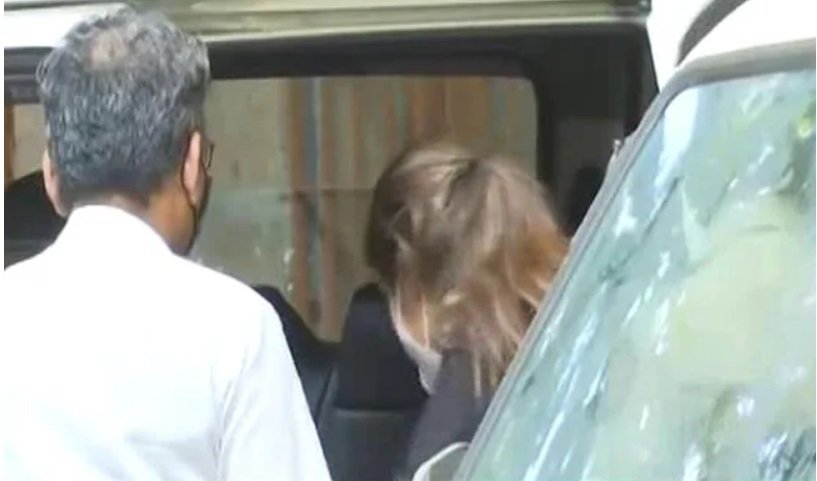 After 19 hours of grilling, Rhea Chakraborty has been arrested by the Narcotics Control Bureau on Tuesday in the drugs case. The prime accused in the Sushant Singh Rajput death case will be taken for a medical test next at 4 PM as part of the formalities.

On day three of her interrogation by the Narcotics Control Bureau, Rhea Chakraborty admitted that she was consuming not just marijuana, but also hard drugs, as per sources. The actor had earlier admitted ‘procuring drugs’ along with her brother Showik, who has been arrested by NCB. This is another major disclosure made by her, apart from reportedly taking the names of Bollywood stars who were also consuming drugs.

On Monday, sources informed Republic TV that Rhea Chakraborty in her interrogation revealed that whenever she called Sushant’s house help Dipesh Sawant and asked for drugs, it was not for her but for Sushant Singh Rajput and his friends. She also reiterated her claim that she has never consumed drugs. However, according to sources, she said at best she had smoke cigarettes. Rhea also revealed that through his brother Showik, she had met the alleged drug peddler Basit Parihar, who is currently in NCB’s custody, on five occasions and that he used to visit their house.

Sources said that Rhea again blamed Sushant and his circle of friends for consuming drugs and she also denied she consumed drugs when confronted with Samuel Miranda. However, sources said that Samuel Miranda was the one who gave the drugs to her which she then claimed to give to Sushant. NCB will soon write to Mumbai Police and CBI to hand over the seizure memo so that it can find whether CBD oil was seized or recovered, sources added.