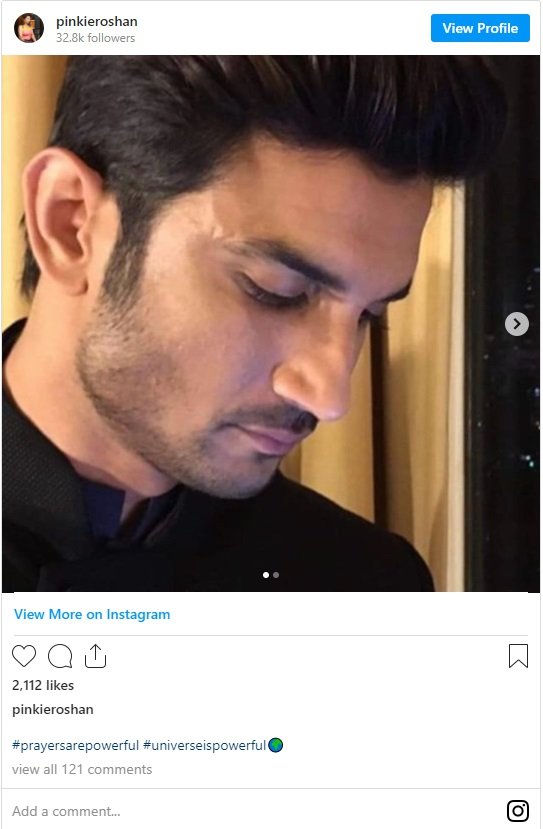 Actor Hrithik Roshan’s mother Pinkie Roshan, who earlier welcomed the Centre’s decision for a CBI probe into Sushant Singh Rajput’s death, has yet again dedicated a post for the late star along with a cryptic message.

She shared a photo of Sushant and the message read, “Everyone wants the truth but no one wants to be honest.” Pinkie added the hashtags “prayer is powerful” and the “universe is powerful” to her post.

This is the second post by Pinkie Roshan for Sushant Singh Rajput. As mentioned above, in August, she and her daughter Sunaina had shared posts on justice for Sushant.

Sushant Singh Rajput was found dead at his apartment in Mumbai on June 14. The death case was investigated initially by the Mumbai Police. However, after an FIR by his father KK Singh in Patna, the Supreme Court transferred the case to the CBI. Eventually, the ED and NCB also came into the picture after money laundering charges and drugs nexus emerged in connection with Sushant’s death case.