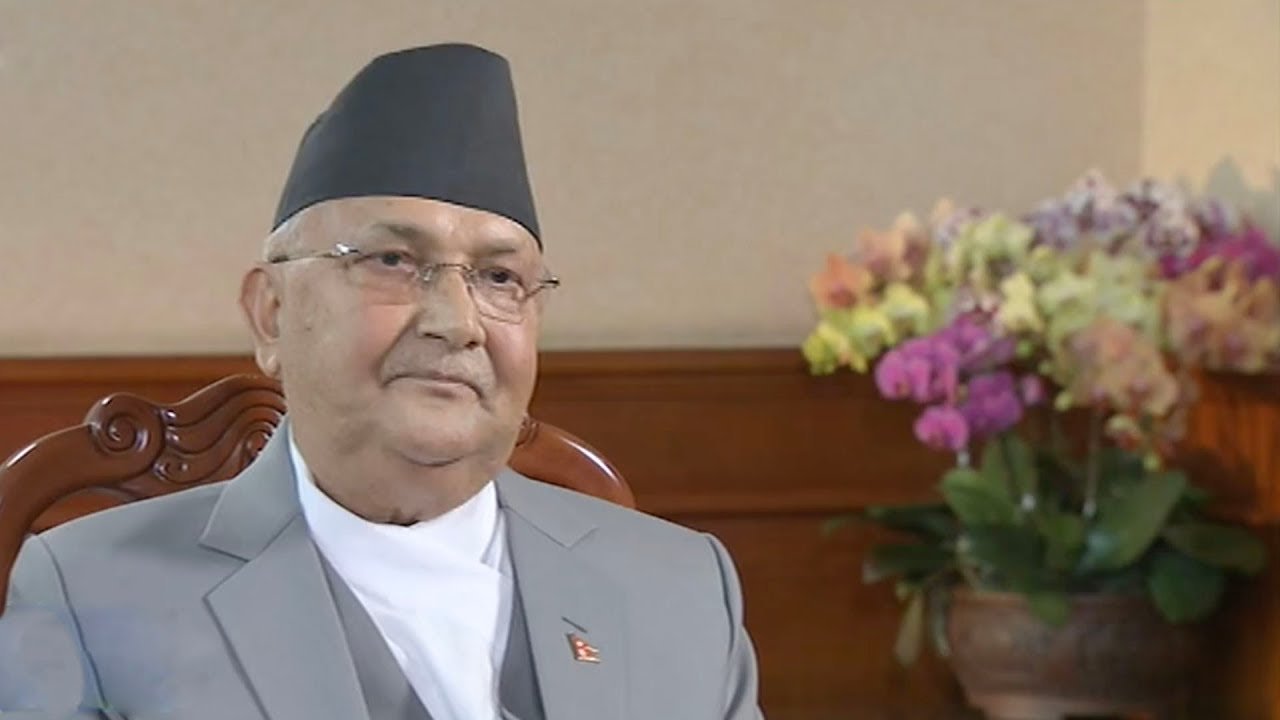 There has been a growing rift in the ruling Nepal Communist Party (NCP) in Nepal over demands of resignation of Prime Minister KP Oli, who has been facing heat from his party colleagues for straining ties with India and reports of China encroaching almost 33 hectares of Nepalese land through road construction in Tibet.

A crucial meeting of Nepal ruling party NCP Standing Committee, which was scheduled to be held at 11 am today to decide the fate of KP Oli, has been postponed. The meeting has now been postponed till July 6, thus giving a 2-day breather to PM Oli.

In the midst of the political crisis in Nepal, Chinese Ambassador in Nepal Hou Yanqi met Nepali President Bidhya Devi Bhandari. The meeting between Hou Yanqi and Nepali President was held on July 3 in the President House in Kathmandu. Sources known to the development said that China once again has been intervening in the political crisis in Nepal. Chinese ambassador Hou Yanqi is seen as a key factor behind PM Oli’s unexpected move to amend a map which includes disputed territories with India.

Oli’s recent anti-India bard led to growing demand in NCP for his resignation:

In recent time, there have a growing demand calls for PM KP Oli’s resignation in the ruling Nepal Communist Party. The demand to oust Oli as Nepal PM grew after he had on June 28 claimed that ‘India along with local parties was planning to oust him from power’. He had also stated that there have been various kinds of activities in the “embassies and hotels” to remove him from power.

He said some Nepalese leaders were also involved in the game in the aftermath of his government’s move to update the country’s political map by incorporating three strategically key Indian territories — Lipulekh, Kalapani and Limpiyadhura.

Top NCP leaders had on June 30 demanded Oli’s resignation as they felt that latest remarks against India were neither politically correct nor diplomatically appropriate.

PM Oli has been running the government unilaterally and he is also not allowing the executive chairman of the Party Prachanda to operate on his own, Shah opined.

The meeting of the Nepal Communist Party’s 45-member Standing Committee, the most powerful body of the party, was put off on Thursday as the top brass of the party failed to forge consensus on the resignation of Prime Minister Oli.

The Himalayan Times newspaper reported that Oli and NCP’s executive chairman Pushpa Kamal Dahal ‘Prachanda’ met at the PM’s residence in Baluwatar on Friday. However, the details of the meeting were not revealed. The three-hour meeting was held to rebuild trust between the top two leaders.

Prachanda has time and again spoken about the lack of coordination between the government and the party and he was pressing for a one-man one position system to be followed by the NCP.

The differences between the two factions of the NCP — one led by Oli and the other led by Prachanda — intensified after the prime minister unilaterally decided to prorogue the budget session of Parliament on Thursday.

Prachanda called the crucial meeting of the party’s Standing Committee for Saturday that could decide the future of the Prime Minister, PTI quoted sources as saying.

During Tuesday’s Standing Committee meeting, Prachanda, and former Prime Ministers Madhav Kumar Nepal and Jhalanath Khanal asked Oli to resign from the post for making controversial remarks, running the government without consulting with the party and failing to deliver to the people.

They have also asked Oli to produce evidence to prove his remarks.

Oli has been cornered in the ruling party as the majority of the senior leaders are with Prachanda. Oli has the support of only 15 members in the Standing Committee.

According to a senior Cabinet member, Oli prorogued Parliament to re-introduce a controversial bill that allows splitting a party. The bill was withdrawn from Parliament after ruling party Lawmakers opposed it a couple of months ago.

The bill allows any political group to officially break the party with the support of 40 per cent of either House of Representatives members or Central Executive Committee members.

Some party insiders are speculating that Oli might opt for breaking up the party to save his government.

The ruling NCP has 174 seats in the 275-member House of Representatives.