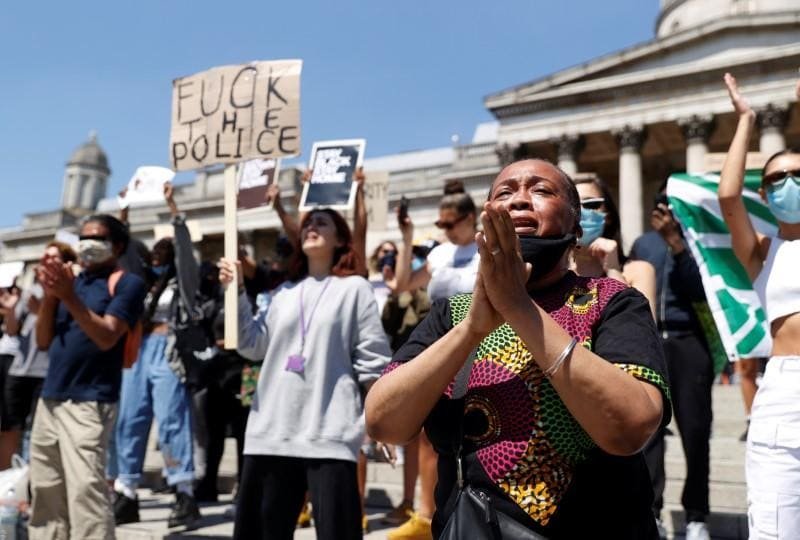 Thousands protest for sixth night as outrage over police brutality intensifies across US, and worldwide.

Protesters in New Zealand’s Auckland city sat on the road after their peaceful march as they raised clenched fists in a sign of unity, solidarity and Black Power.

Social media posts showed demonstrators outside the American Consulate in Auckland wielding posters that read “Justice For George Floyd” and “Are We Next?”.

A candlelight vigil is also being planned in Wellington on Monday evening.

Secret Service agents rushed President Donald Trump to a White House bunker on Friday night as hundreds of protesters gathered outside the executive mansion, some of them throwing rocks and tugging at police barricades.

Trump spent nearly an hour in the bunker, which was designed for use in emergencies like terrorist attacks, according to a Republican close to the White House who was not authorised to publicly discuss private matters and spoke on condition of anonymity.

The abrupt decision by the agents underscored the rattled mood inside the White House, where the chants from protesters in Lafayette Park could be heard all weekend and Secret Service agents and law enforcement officers struggled to contain the crowds.

An hour before the 11pm  (03:00 GMT) curfew in Washington, DC on Sunday night, police fired a major barrage of tear gas and stun grenades into the crowd of more than 1,000 people, largely clearing Lafayette Park across the street from the White House and scattering protesters into the street.

Protesters piled up road signs and plastic barriers and lit a raging fire in the middle of H Street.