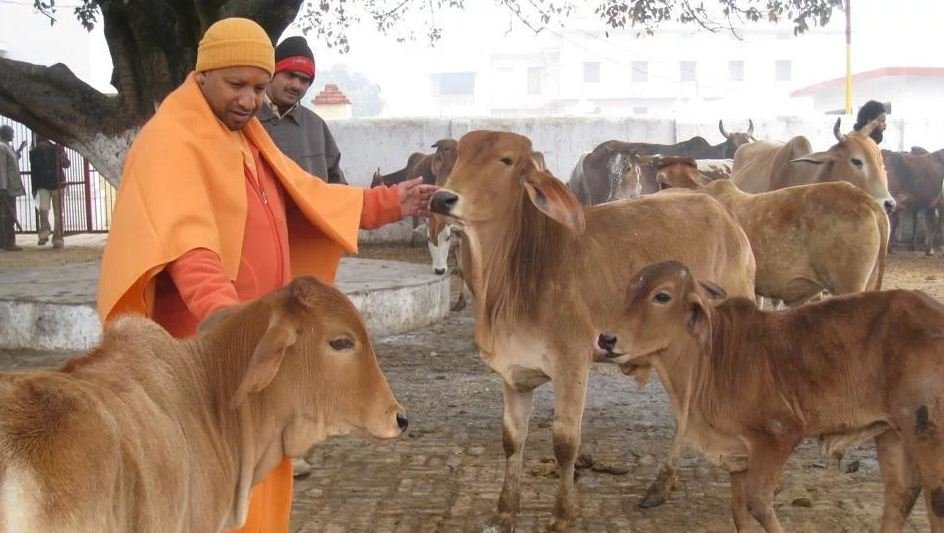 To protect cows and prevent their slaughter, the Uttar Pradesh government on Tuesday approved a draft ordinance, providing a maximum rigorous imprisonment of 10 years and a fine up to Rs 5 lakh. For the first offence, a person can be given a rigorous punishment of one to seven years with a fine ranging from Rs 1 lakh to Rs 3 lakh.

For the second offence, the person can be given a 10-year rigorous imprisonment with a fine up to Rs 5 lakh, a statement said. The state cabinet cleared the draft of the Uttar Pradesh Cabinet Cow Slaughter Prevention (Amendment) Ordinance, 2020 at a meeting chaired by Chief Minister Yogi Aditynath here.

The ordinance aims at making the existing law (Uttar Pradesh Prevention of Cow Slaughter Act, 1955) more robust and effective and to completely stop the incidents pertaining to cow slaughter, the statement said.

In case of the illegal transportation of cows and other bovines, the driver, operator and the owner of the vehicle shall be charged under the new Act, unless proven that the transportation was done without the owner’s knowledge by someone else for committing the crime.

The expenditure incurred on the maintenance of the captured cows will be recovered from the owner of the vehicle for a period of one year or until the cow or bovine is released, whichever is earlier. The provisions also attract punishment if there is a danger to their lives through physical damage or mutilation.

According to the statement, if someone puts the life of a cow in danger by not providing food and water with the intention of endangering its life, one-year rigorous imprisonment may be awarded, which may extend to seven years for the first offence. Additionally, a fine of Rs 1 lakh may be imposed, which may be extended to Rs 3 lakh.

“However, certain loopholes continued due to which the Act could not be effectively implemented as per the public sentiment and complaints of illegal cow slaughter and transportation of cattle were received,” the statement said.

It added, “In the 1955 Act, there is provision of maximum seven years of punishment in incidents of cow slaughter. People getting bail in such incidents were also increasing. Incidents of persons again involving in the incident after getting bail from the court were coming to the fore. Keeping these reasons in mind, and respecting the public sentiment, it became necessary that the Act be strengthened, and made more robust and effective.”

The cabinet noted that since the state’s economy depends on agriculture, cow and other cattle play a very important role in its economic and social structure. Preventing illegal transportation of cows and other bovines from the state will help it realise the dream of white revolution and promote agriculture in the cities and rural areas, the cabinet stressed.