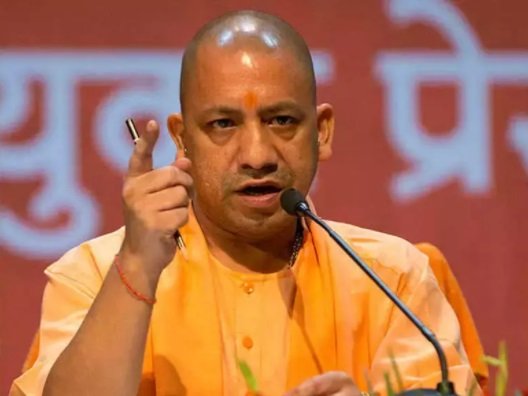 Nearly a year after the amendment in the citizenship Act and talk of an all-India National Register of Citizens provoked several Chief Ministers to declare they would not implement the CAA and NRC in their states, moves by three BJP-ruled states to bring a law to check what they say is “love jihad”, has once again split the nation down the middle.

At least five Opposition-ruled states on Friday condemned the announcements by Madhya Pradesh, Uttar Pradesh, and Haryana as an encroachment on personal liberty, and an attempt to create a communal divide in the country.

Late in the evening, the Uttar Pradesh government announced it had initiated the process to bring an Ordinance to check unlawful conversions in the state.

The UP State Law Commission had submitted a report on the subject to Chief Minister Yogi Adityanath last year, along with a draft ‘Uttar Pradesh Freedom of Religion Act, 2019’, proposing that “Conversion done for sole purpose of marriage to be declared null and void”.

The process to bring a law was speeded up after Adityanath recently said at a public meeting in Jaunpur that those waging “love jihad” should either mend their ways or be prepared for their final journey – “Ram naam satya hai ki yatra nikalne wali hai”.

The criticism of the moves by UP, MP, and Haryana to bring a law against “love jihad” was led by Rajasthan Chief Minister Ashok Gehlot. “Love jihad is a word manufactured by BJP to divide the nation and disturb communal harmony.” he said. “Marriage is a matter of personal liberty (and) bringing a law to curb it is completely unconstitutional & it will not stand in any court of law…,” he said on Twitter.

“Marriage is and has always been a personal choice for consenting adults – socially and constitutionally. Try all they (BJP) can to attack the sovereignty of India, we shall stand strong to uphold the integrity of our Constitution and this great nation.”

The convener of Kerala’s ruling Left Democratic Front and secretary of the CPM’s Kerala unit, A Vijayaraghavan, said the proposed legislation is an infringement on fundamental rights. “There is no such issue as love jihad, which is a concept being highlighted by forces of extreme Hindutva… The legislation proposed by the states, going by media reports, would only help boost that Hindutva agenda. It is an anti-Muslim agenda,” he said.

In Trinamool Congress-ruled West Bengal, Minister for Science and Technology and Bio-Technology Bratya Basu said: “Love is personal. The two words do not go together.”

Jharkhand Minister and state Congress president Rameshwar Oraon said: “What is the BJP trying to do? Love does not happen according to one’s religion… This will not stand in law. The BJP is trying to communalise. They only do one kind of politics and that is based on religion.”

Punjab Congress chief Sunil Jakhar hit out at the BJP-ruled states. “Are we living in the Stone Age? Let us behave like a civilised society… We should keep away from people’s personal lives. It is such an anachronistic step… Today it is anti love jihad and tomorrow there will be an anti love campaign,” he said.

In Delhi, Congress spokesperson Supriya Shrinate said: “It will become difficult if governments decide what we should eat, how we should sleep, who we should marry and who we should love.”

CPI general secretary D Raja said: “What is this love jihad? First of all they should define what they mean by love jihad… How can they dictate who should love whom…it is vulgar, a perversion and communalisation of human relationships.”

The BJP’s Rajasthan unit president Satish Poonia said Gehlot’s comments were “shameful”, and that “everyone knows that in the tradition of sanatan Bharat, marriage is a religious and socially approved sanskaar and is not restricted to individual freedom.”

According to Poonia, “Love jihad is a declared agenda of Islamic terrorism”, and it was “unbelievable that he (Gehlot) will stoop so low for vote bank politics”.

BJP MLA and former Rajasthan Education Minister Vasudev Devnani said: “Marriage is a matter of personal liberty but is it justified to convert a woman by coercion, intimidation or undue pressure?”

UP Additional Chief Secretary, Home, Awanish Kumar Awasthi confirmed the government is set to bring the anti-conversion Ordinance, and the Law Department has started the process in this regard.

As per the Ordinance, conversion done for the sole purpose of marriage will be declared null and void, and violation will lead to three to six months in jail and a fine of Rs 10,000.

The offence will be non-cognizable and will be tried in the court of first class magistrate.