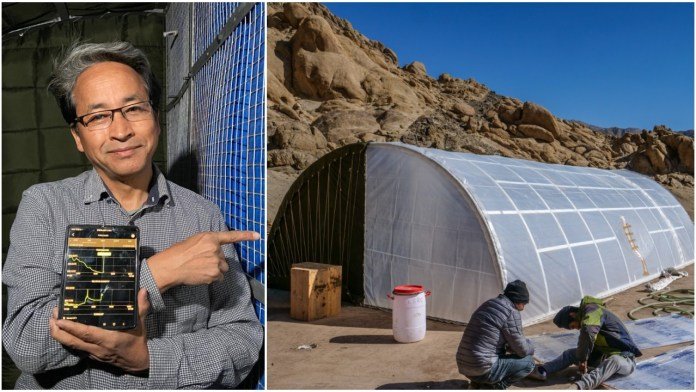 Ladakh-based engineer & the man behind the character of ‘Phunsukh Wangdu’ in the Bollywood blockbuster ‘3 Idiots’ Sonam Wangchuk has now built a solar-powered military tent for the Indian Army at the Galwan Valley.

This tent has the potential to accommodate 10 jawans and is fully portable with the weight of the tent is said to be less than 30 kilos. Wangchuk also revealed that the tent could sustain even under sub-zero temperatures such as minus 14 degrees Celsius while pointing out that it was carbon neutral, replacing kerosene and tackling pollution.

Wangchuk had previously made a solar-heated mud hut project.

In the aftermath of the tussle between India and China, the Ladakh-based educational reformer had appealed and asked Indians to boycott all Chinese companies.

In a tweet, he asked people to boycott all Chinese products to stop Beijing’s “bullying” in Ladakh and liberate 1.4 billion bonded labourers in the country.