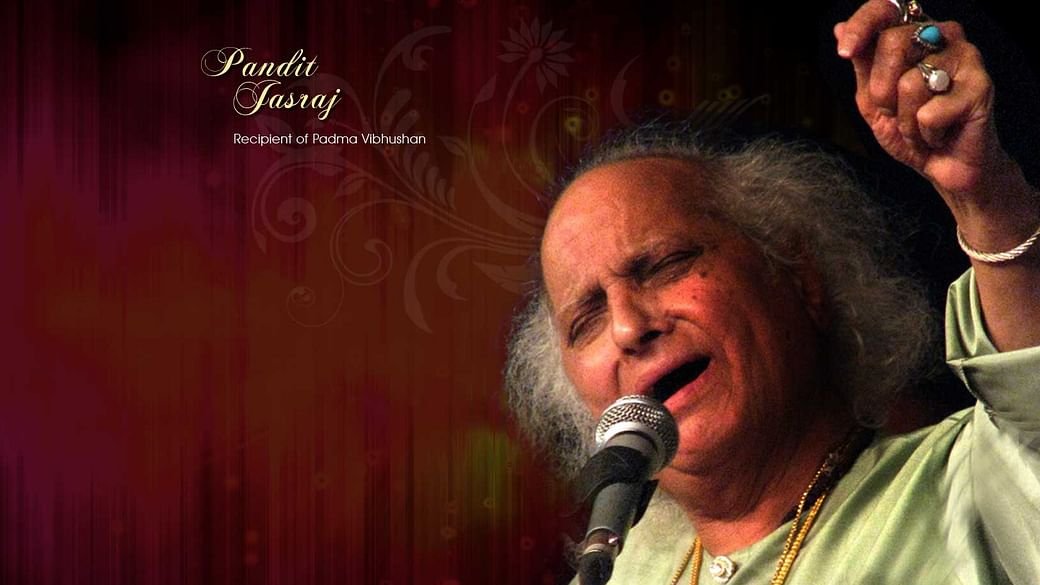 Indian classical vocalist Pandit Jasraj passed away on Monday Aug 17th 2020 following a cardiac arrest at his home in New Jersey. He had turned 90 in January this year.

Jasraj was in the US when the coronavirus-led lockdown happened and decided to stay back in that country. “With profound grief we inform that Sangeet Martand Pandit Jasraj ji breathed his last this morning at 5.15 EST due to a cardiac arrest at his home in New Jersey, USA,” news agency PTI quoted a statement issued by his family.

Pandit Jasraj (1930-2020): From up among the pantheon, he brought classical music to everyone

With a musical career spanning almost 80 years, the doyen of Indian classical vocal music was a recipient of various prestigious awards and honours including Padma Shri, Padma Bhushan and Padma Vibhushan. He represented the last of a generation of classical vocalists, which includes 83-year-old Kishori Amonkar, the doyenne of the Jaipur Atrauli gharana.

Many noted personalities, including Prime Minister Narendra Modi, expressed grief and paid last respects to the music legend. Taking to Twitter, PM Modi said: “The unfortunate demise of Pandit Jasraj Ji leaves a deep void in the Indian cultural sphere. Not only were his renditions outstanding, he also made a mark as an exceptional mentor to several other vocalists. Condolences to his family and admirers worldwide. Om Shanti.”