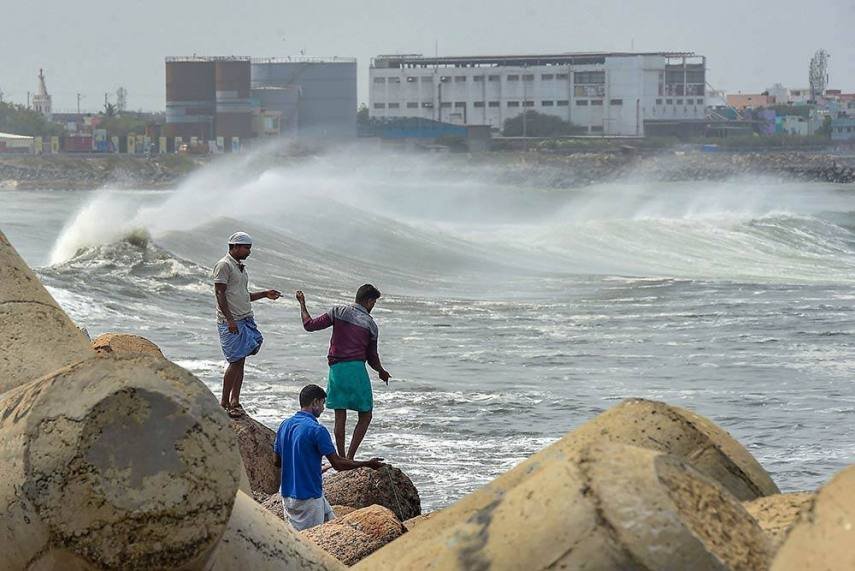 The landfall process of cyclone ‘Amphan’ commenced at 2.30 pm on Wednesday between Digha in West Bengal and Hatiya island in Bangladesh, the Met department said.

The landfall process will continue for about four hours, it said.

“The forward sector of the wall cloud region is entering into land in West Bengal,” the Met said.

The intensity of the cyclone near its centre as the landfall process started was recorded at 160-170 kmph, gusting to 190 kmph, it said.

Heavy rain and gale wind have affected several districts in the Gangetic West Bengal since morning and the intensity of the downpour and wind increased gradually with every passing hour.

The system is likely to move north-northeastwards after landfall and pass close to Kolkata in its eastern side causing extensive damage and flooding of low-lying areas of the city, the Met department warned.