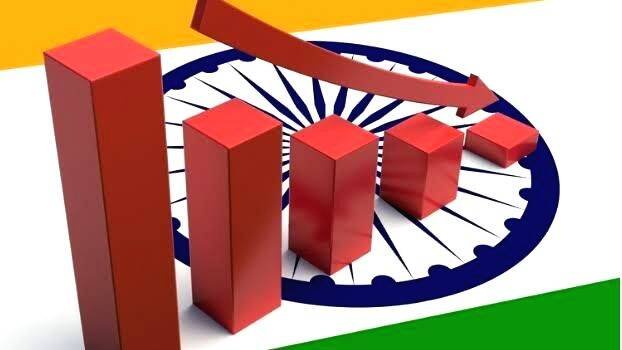 India’s economic growth slowed to 3.1 percent in the fourth quarter of the financial year 2019-2020, according to data released by National Statistical Office (NSO) on Friday (May 29) amid ongoing COVID-19 pandemic. The government had imposed a lockdown to curb the spread of coronavirus infections from March 25, 2020.

Notably, the Indian economy got impacted during the January-March quarter due to slowing down economic activities across the world. The economic growth was the lowest since 2008-09 when the economy had expanded at 3.1 percent.

Earlier, the Reserve Bank (RBI) had pegged the GDP growth for 2019-20 at 5 percent, as projected by the NSO in its first and second advance estimates released in January and February this year.

The CSO had revised downwards growth in the previous October-December quarter of 2019-20 to 4.1 percent from 4.7 percent.

Similarly, the first and second-quarter growth figures were revised downwards to 5.2 percent and 4.4 percent from 5.6 percent and 5.1 percent, respectively.

Other key points of the CSO data are:

1. Gross value added (GVA) growth in the manufacturing sector contracted by 1.4 percent in the fourth quarter of 2019-20, from 2.1 percent expansion a year ago.

4. Mining sector growth came in at 5.2 percent, as against a contraction of 4.8 percent a year ago.

6. Electricity, gas, water supply, and other utility services segment grew by 4.5 percent in the fourth quarter, against 5.5 percent growth a year ago.

7. Trade, hotel, transport, communication, and services related to broadcasting growth declined to 2.6 percent in the fourth quarter from 6.9 percent earlier.

8. Public administration, defence and other services too saw growth slip to 10.1 percent during the quarter under review, from 11.6 percent a year earlier.

Meanwhile, the data released by the commerce ministry showed that eight core industries contracted by 38.1 percent in April 2020 due to the coronavirus-induced lockdown.

Senior Congress leader P Chidambaram, however, slammed the central government, saying the latest figures were a “telling commentary on the economic management of the BJP government”, adding “Remember, this is pre-lockdown. Of the 91 days of Q4, lockdown applied to only to 7 days.”

“We had forecast that GDP for Q4 will touch a new low at below 4 percent. It has turned out to be worse at 3.1 percent,” Chidambaram added.