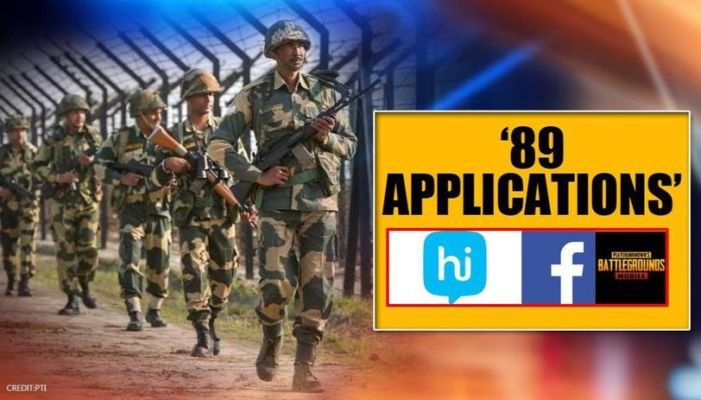 The Indian Army has asked its personnel to delete 89 apps from their smartphones to plug leakage of information, said Army sources on Wednesday. The ban has been imposed on apps across messaging platforms, web browsers, contents sharing, gaming apps etc. These apps include Facebook, TikTok, Truecaller, Instagram, UC Browser, PUBG, etc.

The move comes more than a week after the Centre banned 59 Chinese mobile apps including TikTok, UC Browser and Cam Scanner among others. India had on June 29 banned the apps in a major retaliation against China amid the rising border tension at the Line of Actual Control (LAC).

A statement from the government said that the apps are ‘engaged in activities which are prejudicial to sovereignty and integrity of India, defence of India, the security of the state and public order’.

“It has been noted recently that such concerns also pose a threat to sovereignty and security of our country. The Ministry of Information Technology has received many complaints from various sources including several reports about the misuse of some mobile apps available on Android and iOS platforms for stealing and surreptitiously transmitting users’ data in an unauthorized manner to servers which have locations outside India,” the statement read.

Angry over Chinese aggression at LAC and killing of 20 Indian soldiers in Galwan Valley stand-off on June 15, there has been a growing demand for a complete ban on Chinese apps in the country. Some popular Chinese apps like TikTok, PUBG Mobile, Bigo Live, Helo and Likee had already started to witness a dip in download after the cross border tension at the LAC in Ladakh region.