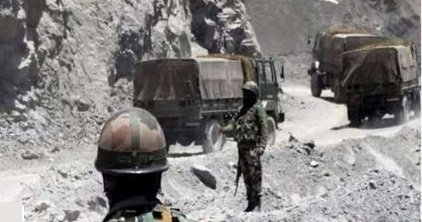 Despite multiple rounds diplomatic and military levels talks between India and China, it appears that the latter seem to have fallen short of disengagements along the Line of Actual Control (LAC) in eastern Ladakh.

Currently, the People’s Liberation Army (PLA) is maintaining over 40,000 troops in the region. “The Chinese have not shown any signs of de-escalation as they continue to maintain their heavy troop deployment of almost 40,000 troops supported by heavy weaponry like air defence systems, armoured personnel carriers and long-range artillery in front and depth areas,” sources said.

Even in a war with India, a significant proportion of China forces will be unavailable, reserved either for Russian taskings or for countering insurrection in Xinjiang and Tibet. The majority of forces are located further from the Indian border, posing a striking contrast with the majority of forward-deployed Indian forces with a single China defence mission.

China is regularly operating with a permanent Indian conventional force advantage along its border areas. In the event of a major standoff or conflict with India, it would have to rely upon mobilization primarily from Xinjiang and secondarily from the Western Theater Command forces deeper in China’s interior. By contrast, Indian forces are already largely in position.