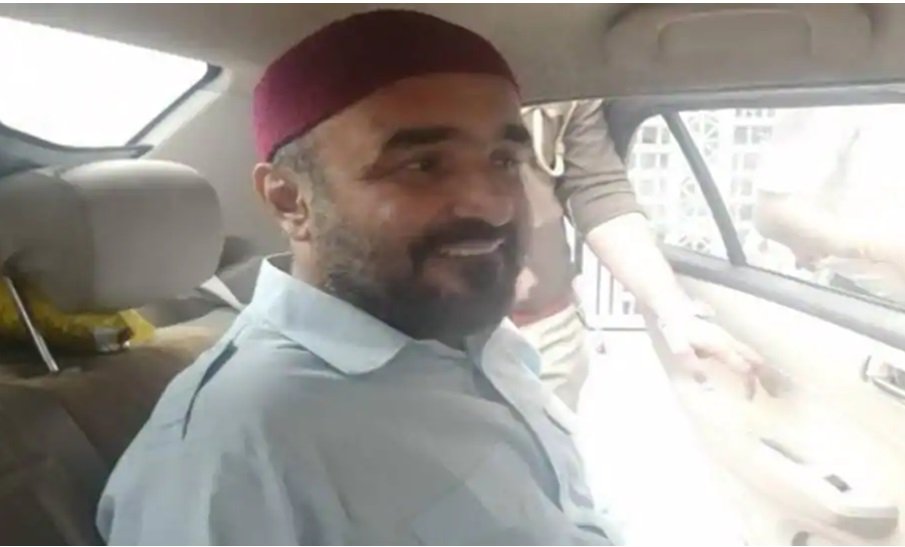 Faisal Khan, the man who offered namaaz at Mathura’s Nand Baba temple, was arrested on Monday and remanded to 14 days in judicial custody has tested positive for coronavirus.

He has been admitted KD Medical College hospital in Mathura and being administered treatment for the COVID-19 infection. More charges have been filed against Khan and the three others on Tuesday booked over the namaaz incident.

Apart from Faisal Khan, three others who visited the Nand Baba temple last week with him were booked by police. Mathura police arrested Khan from Delhi.

While Faisal Khan and Chand Mohammed offered namaaz, others — Alok Ratan and Nilesh Gupta — clicked their pictures. The incident took place at around 12.30 pm at Nand Baba Mandir in Nandgaon on October 29.

The FIR was registered on the basis of a complaint filed by Mukesh Goswami, Shivhari Goswami, and Kanha on Sunday night. The accused have been booked under Sections 153-A, 295, and 505 of the Indian Penal Code.

According to the FIR, they came to temple on Thursday and Khan chanted a few lines from the Ramcharitmanas there. The group members told the priest that they are on a ‘parikarma’ (circumambulation) of the ‘Brij Chaurasi kos’ on bicycles.

In a statement issued later, the Delhi-based organisation said when Khan was looking around for a place to offer his afternoon namaaz, the people at the temple asked him to do so in the same compound.

According to the organisation, they asked why he needed to go elsewhere when “you are already in the home of God”.

The statement said the Khudai Khidmatgar members also had their lunch in the temple. “Everything was fine,” it said.