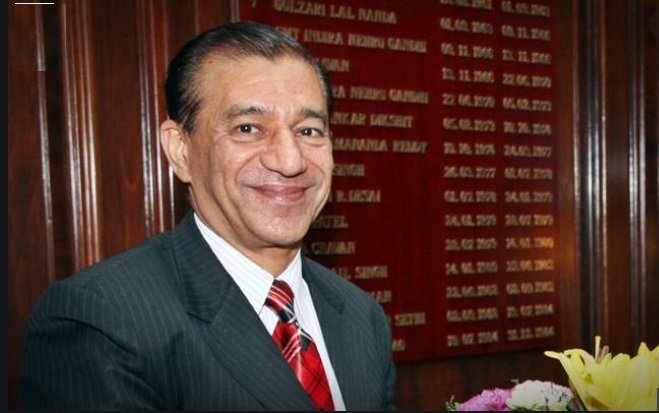 Former Governor of Manipur and Nagaland and ex-Central Bureau of Investigation (CBI) Director Ashwani Kumar, who allegedly died by suicide at his residence in Shimla on Wednesday, had revealed that he ended his life due to ‘disease and disability’.

According to Sanjay Kundu, Director General of Police (DGP), Himachal Pradesh, Ashwani Kumar had left a suicide note explaining why he took the extreme step to end his life.

“We found a suicide note in which he wrote that he is ending his life due to disease and disability, of his own free will. He said his soul is embarking on a new journey and everyone needed to be happy, and that there should be no rituals or ceremonies,” the DGP told media.

Kundu stated that Kumar’s son and daughter-in-law were the ones who first found the ex-CBI Director hanging in the attic of their residence in Shimla around 7.00 pm.

“He used to meditate in the attic around 7.00 pm every day, with all doors open. Today, around 7.00 pm when his son and daughter-in-law were going for a walk, they found all the doors of the attic locked. They broke the door and found Kumar hanging from a rope there. They cut the rope to bring him down. The Forensic Science Lab team has collected the evidence and examined the scene. The police have recorded the statements of witnesses including the family members,” he said.

He added that the family has negated the possibility of foul play.

The body of the ex-CBI Director was found hanging at his residence in Shimla on Wednesday evening.

Kumar was in service in both the Central government and the Himachal Pradesh Government for more than 37 years.

Kumar, who joined the Indian Police Service in 1973, took over the reins of the office of the Director-General of Police (DGP) of the Himachal Pradesh in August 2006.

After two years, Kumar was appointed to the post of CBI Director. He was sworn-in as the Governor of Nagaland on March 21, 2013, and as Governor of Manipur on July 29, 2013.

Believed to be an officer close to the Gandhi family, Kumar pipped the then special director ML Sharma, who was from the 1972 batch and was believed to be the front-runner for the post.

One of the high-profile cases that the CBI probed under Kumar was the Aarushi Talwar-Hemraj murder case. Under him, the then Joint Director Arun Kumar-led probe teams against the servants — Krishna, Rajkumar and Vijay Mondal — was rejected by the CBI.

Ashwani Kumar had brought in the Dehradun Unit, led by SP Neelabh Kishore, to probe the case afresh. This team indicted the Talwars, a finding upheld by the trial court but rejected by the higher courts. He is survived by his wife and son.