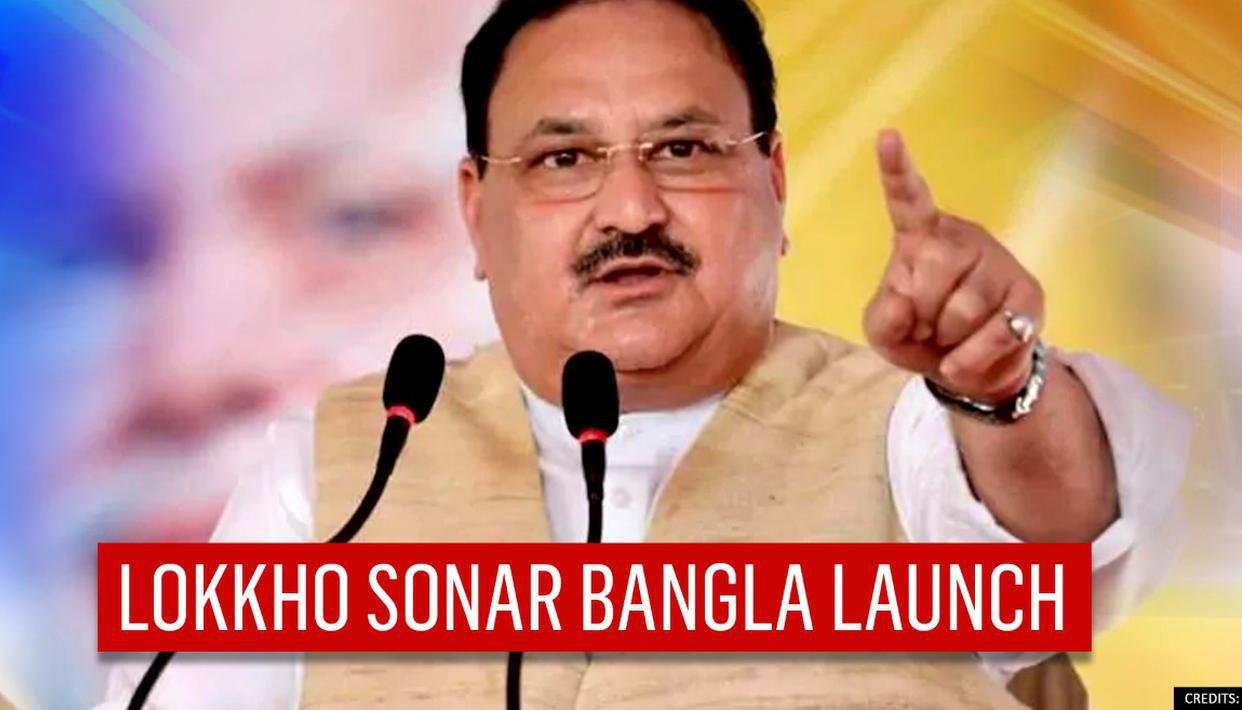 With an eye on Mamata Banerjee-ruled West Bengal, the BJP on Thursday launched the ‘Lokkho Sonar Bangla’ campaign to unseat the ruling Trinamool Congress government from power in the state.

BJP president J P Nadda, who has arrived in the state, launched the campaign along with an election manifesto crowdsourcing campaign in West Bengal.

He will also address a public rally in the state later today. According to a statement released by the party, Nadda will address a conference of the intelligentsia, among his other engagements during a daylong stay in the poll-bound state.

Baluni said this while referring to the party’s poll promise of rebuilding the state as “Sonar Bangla”. The BJP chief will also pay tributes to Bankim Chandra Chattopadhyay, the composer of Vande Mataram, at his residence and museum.

Nadda’s programme schedule includes lunch at the house of a jute mill labourer and prayers at the Anandpuri Kalibari temple, followed by a “Parivartan Yatra” rally. In the evening, he will visit the ancestral home of renowned Bengali writer Bibhuti Bhushan Bandopadhyay to pay his tributes, followed by a visit to the West Bengal State Armed Police headquarters to pay homage to the martyr Mangal Pandey pillar, the statement said.

The party will seek suggestions from two crore people in West Bengal for its election manifesto ahead of the Assembly polls. Through this campaign, the BJP will directly engage with the citizens of West Bengal in crafting a vision for the state for the next five years by inviting them to give their suggestions.

“Two crore suggestions will be collected by the party and will be used in the creation of the BJP’s manifesto for West Bengal,” the party said. The saffron party will use 294 specially designed LED ‘raths’, one for each Assembly constituency of the state.

“Suggestions will be collected through 294 LED raths travelling the entire state and suggestion boxes will be placed in each of these vehicles along with a mobile or tablet to video record people’s aspirations,” BJP leader Amit Malviya said.

About 30,000 suggestion boxes will be placed across the state (100 in every constituency) to reach out to citizens in every corner of the states. “People can give a missed call on 9727-294-294 and record their aspirations. Citizens can also send their suggestions via Whatsapp or SMS on this number. They can also visit the specially designed website for the purpose or send their suggestions via email,” he said.

Polls for 294 seats in the West Bengal Assembly will be held in April-May. The BJP, riding high on its success in the last general election in the state, is leaving no stone unturned to uproot the Mamata Banerjee-led Trinamool Congress government.