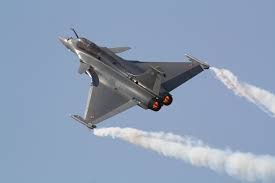 At a time when India is facing tensions along the border with China and Pakistan, New Delhi will receive a major boost as the first consignment of Rafale fighter aircraft would start getting inducted into the Indian Air Force at Ambala by July-end.

As per schedule, the delivery of aircraft was earlier supposed to have been done by May end but this got delayed due to the COVID-19 crisis.

“The first four aircraft including three twin-seater trainer aircraft and one single-seater fighter aircraft would start arriving by the end of July at the Ambala airbase. The trainers will have the tail numbers of the RB series in honour of the Air Force Chief RKS Bhadauria who played a pivotal role in finalising India’s largest-ever defence deal for 36 Rafale combat aircraft,” as per defence sources.

The first aircraft to be flown in is planned to be piloted by the Commanding Officer of the 17 Golden Arrows’ squadron along with a French pilot, they said.

The aircraft on their way from France to India would be refuelled by a French Air Force tanker aircraft in the air before they make a stopover in the Middle East.  From the Middle East to India, there would be one mid-air fuelling done by the Indian IL-78 tanker before they land in the country.