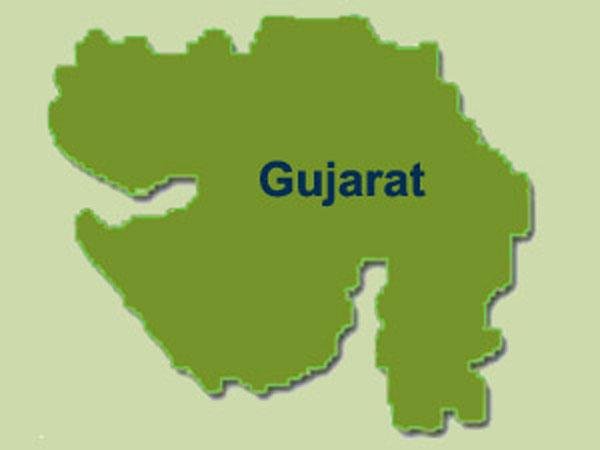 Gujarat- the most developed state and hub of BJP, has unfortunately emerged as one of the most affected state due to corona pandemic .The state government has been taking aggressive actions to curb corona from various parts of the state.  With best bureaucrats   aggressively working  to control Corona in various cities of Gujarat, especially Ahmedabad, Vadodara and Surat, the ego of local politicians is hampering them to achieve positive results. Due to this there is a huge divide between the bureaucrats and politicians . In past 56 days, there are about 7 major rifts that has created anguish amongst the bureaucrats , as rather than supporting the authorities, the politicians are thinking in terms  of their own vested interest and vote bank.

Gujarat is the only state, which has been predominantly BJP run state since last three decades. Our Honourable Prime Minister Mr. Narendra Modi , is also the result of strong popularity of BJP in Gujarat. But after  Narendra bhai , lead  India , the local politicians started a kind of drive to overpower the bureaucrats . When the pandemic of corona entered Gujarat, the central government in liaison with state government appointed the best bureaucrats in key roles in various parts of Gujarat. The most experienced bureaucrats like Vijay Nehra  lead the fight against Corona at the worstly affected Ahmedabad. While Dr. Vinod Rao, was deputed as Officer on Special Duty at Vadodara.

The rising cases of Pandemic and more than that the fear of the pandemic was perfectly handled by Vijay Nehra , but suddenly he declared self-isolation , stating the reason that he had come in contact with a Corona positive patient. The reports were negative , and when he joined again he was transferred to Gandhinagar rural. On the other side the best of bureaucratic cadre starting from K.Kailash Nathan, Anil Mukim, and others were asked to get involved from the central government. With this the epidemic control measures were tightened by them, keeping in mind the epidemic guidelines.

Now it was Vadodara, the third most affected city of Gujarat, where Dr. Vinod Rao took some of the stringent measures. When he took the charge , he started observing the pattern of pandemic spread in Vadodara. During this he found that the charitable trust or individual volunteers distributing the food to needy , were detected positive, due to which he banned all NGO’s  from distributing the food, including BJP and Congressed backed social organizations. The local municipal authorities took the entire challenge and executed it successfully.

Due to this the BJP MLA of Manjalpur , Mr. Yogesh Patel started hue and cry stating that many needy are not getting the food, while in reality, the Vadodara Municipal Corporation was reaching every nook and corner of the city. He called up urgent meetings and also used his political influence and somehow tried to pressurize  the authorities to restart the food drive.

The pressure of this politician was just on the verge of disbursement, and suddenly another BJP MLA of Sayajigunj  Mr. Jitendra Sukhadia and a local corporator , Mr. Rajesh Ayare  (the person who was suspended from BJP and he later joined RSP to continue his political career) started conspiracy against a private hospital called Bhailal Amin General Hospital (BAGH) , which is the oldest privately run hospital since 1964. The hospital is managed by  century old pharma major Alembic Pharmaceuticals. Both these politicians had started their initial  career with Alembic  , and after becoming politicians , some how confronted the company with one or the reason under the lieu of justice for people.

The BJP MLA Jitendra Sukhadia started a drive against this COVID hospital and demanded closure of the hospital, just because the doctors and the nursing staff who were tirelessly serving the Corona patients were detected positive.

While the epidemic act is implemented across the nation, the BJP MLA Sukhadia claimed that the staff of the hospital and hospital as “SUPER SPREADER” ,  rather than encouraging them as the Corona Warriors. On one side the central government has given special provisions to protect the medical fraternity from any kind of threat, the  MLA Sukhadia, deliberately gave statements to local media and claimed that Bhailal Amin General Hospital will spread Corona and due to that Vadodara’s condition would get worse like Wuhan, which is completely against the rules of epidemic act.

A  local newspaper called Loksatta –Jansatta published a series of articles quoting Jitendra Sukhadia . Due to this the municipal authorities appointed a committee to check the truth, but the hospital got clean chit from the committee as they were following all the guidelines given by Indian government at their hospital.

On the other side the local corporator Rajesh Ayare , who is also a Union leader of workers association at Bhailal Amin hospital, started arm twisting mechanism and creating ruckus with the hospital officials. It is to be noted at this juncture that , the senior post bearers of the union accepted, that the hospital authorities have given all salaries on time and not only that all those staff members who were detected positive, whether on rolls or on contract were provided  free treatment at their hospital which included food, lodging and medicines .

Due to this kind of regular ruckus by politicians , the hospital was forced to shut down its operations for seven days, when the cases of Corona are increasing day by day at Vadodara , and this hospital  is practically one of its kind , who have been treating the patients as per charges finalized by  the government.

Corona is a pandemic and when the warriors are fighting against it and saving life of patients , this kind of heinous harassment by politicians will demotivate them. This is the first hospital across India in private sector , which had to shut down all its operations, due to vindictive approach of politicians.