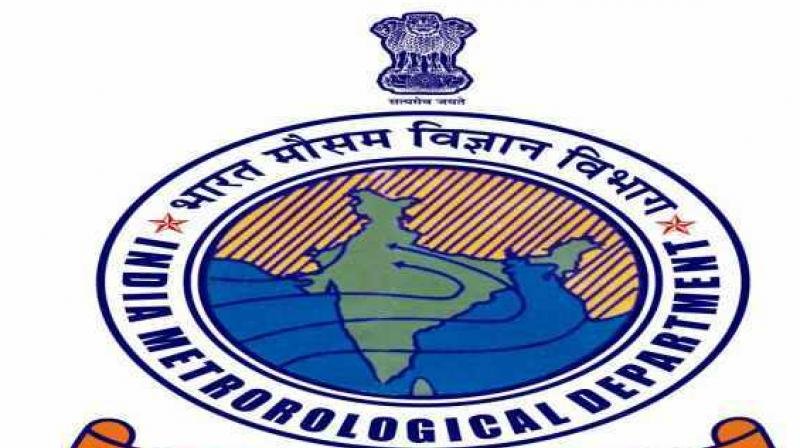 Heavy rains lashed the national capital and neighbouring areas on Friday (May 29) evening, bringing respite to people reeling under intense heat. The India Meteorological Department (IMD) said that the current weather condition will sustain over the Delhi-NCR region till June 1.

“Delhi`s AQI is likely to improve further to the lower end of moderate to the satisfactory category in the next two days. The wind direction is not favourable for any significant dust transport to Delhi,” IMD added.

According to the IMD, the Southwest Monsoon advanced into some parts of the southwest and the southeast Arabian Sea and some more parts of the Maldives-Comorin area. “Conditions are becoming favourable for further advance of Southwest Monsoon into some more parts of south Arabian Sea, Maldives-Comorin area, southwest and the southeast Bay of Bengal during next 48 hours,” it said.

Meanwhile, under the influence of a Western disturbance and an east-west trough in lower tropospheric levels, rain/ thunderstorm accompanied with lightning, hail and squall at isolated places have occurred over the Western Himalaya region and adjoining plains during last 24 hours, said the IMD.

It further stated that scattered to fairly widespread rain/thunderstorm accompanied with lightning, hail, and squall at isolated places likely to continue over Western Himalaya Region and adjoining plains during the next 3 days and reduce significantly thereafter.

“Heatwave conditions abated from most parts of the country yesterday except Telangana and Vidarbha. No heatwave condition likely to develop over any parts of country from 30th May to 2nd June,” it added.

According to the National Weather Forecasting Centre of the India Meteorological department:

Latest satellite imageries indicate that the well-marked Low-pressure area over the west-central Arabian Sea off south Oman and east Yemen coasts has concentrated into a depression over south coastal Oman and adjoining Yemen and lay centered at 1430 hrs IST of today, the 29th May 2020 near latitude 17.5°N and longitude 54.0°E, about 50 km north of Salalah (Oman) and 240 km northeast of Al Ghaydah (Yemen).

Rainfall: No adverse weather is likely over the Indian land areas, with the first system, as it is located over south coastal Oman and is expected to move over Oman and Yemen during the next 48 hours and dissipate there.

Wind warning: Squally wind speed reaching 45-55 kmph gusting to 65 kmph very likely to prevail over the west-central Arabian Sea along & off South Oman – Yemen coasts during the next 48 hours.

Sea condition: The sea condition is very likely to be rough to very rough over the west-central Arabian Sea along & off South Oman – Yemen coasts during the next 48 hours.

Fishermen warning: The fishermen are advised not to venture into over the west-central Arabian Sea along and off South Oman–Yemen coasts during the next 48 hours. In view of the likely development of the second low-pressure system over southeast & adjoining east-central the Arabian Sea, Fishermen are advised not to venture into southeast and adjoining the east-central the Arabian Sea from 31st May, until further advisories.