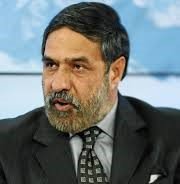 Sharma also pointed out that Rs 3.22 lakh crore is only 1.6% of India’s GDP not 10% and posed a challenge to the government to disprove him. “I’m questioning finance minister, disputing PM Modi and challenging govt to disprove me on numbers; ready for debate with FM Sitharaman,” he was quoted as saying by news agency PTI.

On the migrant workers situation, Sharma said the government should apologise for abandoning its poor citizens and violating their fundamental and leagal rights. “The Finance Minister should answer, not question; govt has to answer on plight of migrants forced to walk on roads due to lack of planning,” the Congress leader said.

Sharma also slammed Sitharaman for her comments on Congress party and its leaders just hours after she called Rahul Gandhi’s interaction with migrant workers in Delhi as ‘drama’.

“We expect seriousness, gravitas from the finance minister; what she has said against Congress is frivolous,” he said.

While announcing the fifth tranche of the Atmanirbhar package she paused to lash out at Congress leader Rahul Gandhi for his impromptu meeting with migrant workers in Delhi on Saturday afternoon, she called Rahul’s act as nothing but ‘drama’.

“They sat beside migrants who were walking back home and spoke to them. That is dramabaazi. It would have been better if he had walked alongside migrants, holding their children and suitcases,” Sitharaman had said at the press breifing.

On Sunday, Rahul was seen talking to a group of 20 migrant workers who were on the way to their village near Jhansi from their worksite near Ambala. The nearly hour-long sit-in took place on the footpath on Mathura road in the national capital