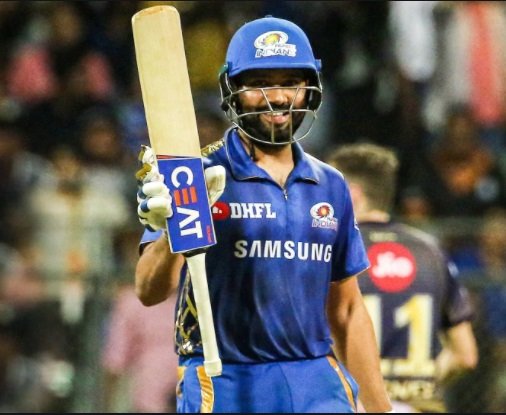 Mumbai Indians skipper Rohit Sharma has set many records in the Indian Premier League (IPL) and he created one more record on Tuesday (October 6) during the IPL 2020 game between Mumbai Indians and Rajasthan Royals at the Sheikh Zayed stadium in Abu Dhabi.

When Rohit came out to bat for Mumbai Indians, he was playing in 194th IPL match and he became the second-most capped player in IPL history. Only Chennai Super Kings skipper Mahendra Singh Dhoni has played more IPL games than Rohit. Dhoni has appeared in 195 IPL matches. Suresh Raina is now at the third place with 193 IPL appearances. It is to be noted that Raina is not playing in IPL 2020 due to personal reasons.

Rohit started his IPL career in 2009 with Deccan Chargers and had played an important role in helping the Deccan Chargers to clinch the title by beating Royal Challengers Bangalore in the final. However, Rohit was soon picked by Mumbai Indians and since then he is playing for Mumbai. Rohit has helped Mumbai win four IPL titles in 2013, 2015, 2017 and 2019 along with two Champions League T20 titles in 2011 and 2013.

Dhoni, on the other hand, has been the mainstay of CSK ever since the start of IPL 2008. When CSK was suspended from IPL for two years in 2016 and 2017 due to the spot-fixing scandal, Dhoni played with Rising Pune Supergiant.

Dhoni is scheduled to play his next IPL match when CSK will clash with Kolkata Knight Riders at the Sheikh Zayed stadium in Abu Dhabi on Wednesday.