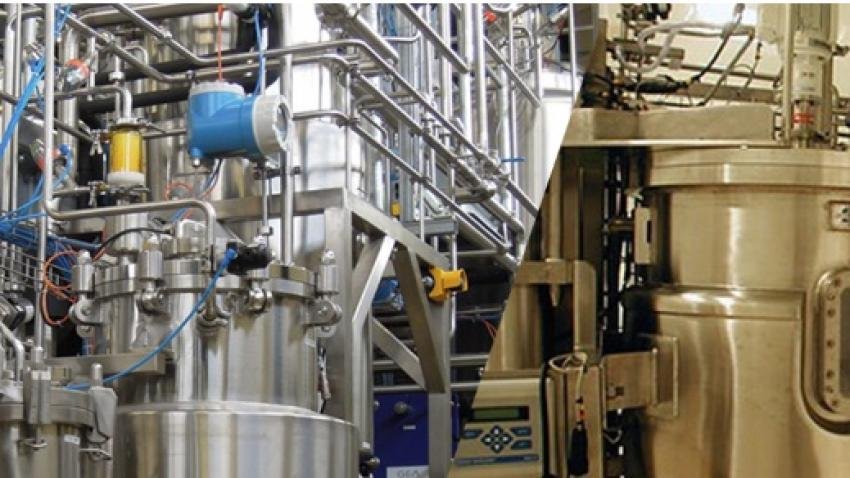 In June 2016, several people, claiming to be employees of Sterling Energy and Exploration Production Ltd (SEEPCO) in Nigeria, reached out to the Indian government for help through Twitter. They had not been paid salaries for more than seven months.

Responding to one of those tweets by Prashant Singh, who said he was working as a geophysicist at SEEPCO’s exploration facility at Lagos in Nigeria, minister of state for external affairs V.K. Singh said on 15 June that the “Indian embassy was making all efforts and will solve your problem”.

The company is question is owned by fugitive brothers Nitin and Chetan Sandesara. The Central Bureau of Investigation recently sought information from Interpol Nigeria on whether Nitin Sandesara and his family were in Nigeria or not.

The Sandesara brothers were under scrutiny already. Earlier this year the Enforcement Directorate (ED) attached properties worth ₹ 4,700 crore of Sterling Biotech Ltd, of which they are promoters, in connection with a money-laundering investigation of ₹ 5,000 crore in a bank fraud case.

With business interests ranging from power to ports to special economic zones, the Sandesaras seemed to have it all as they flew in a big private jet, rode swanky cars and were known for their proximity to Bollywood celebrities. They grabbed headlines in 2008 when they bought a Gulfstream G200 jet estimated to cost about Rs100 crore.

The Sandesaras began their entrepreneurial journey by setting up a tea company in the 1980s and their flagship company was Sterling Biotech, listed on Indian bourses. Sandesara group chairman Nitin Sandesara was known for writing religious songs or ‘garbas’ in Gujarati and he loved to write them while travelling in his private jet. The group regularly organised the biggest ‘garba’ event in Vadodara held during the nine-night Navratri festival.

“The jet was showcased as a symbol of their success in Nigeria. The brothers told people in their business circles about how they were confident of making $100 million per month (roughly Rs.700 crore) annually from their crude oil business in Africa. But they could not produce the desired results in Nigeria. So when they sold their jet a few years ago, maybe it was a sign that things had fallen apart,” said an executive working with a leading Gujarat industrialist who did not wish to be named.

Sandesara Group’s Nigerian arm Sterling Global Oil Resources Ltd in 2004-05 won a small area of 29 sq. km for exploration in Nigeria via bidding. The company claimed to have a licence to explore and produce crude oil from four onshore blocks with a total acreage of almost 2,000 sq. km, with Shell and Chevron for neighbours. In November 2011, the company celebrated the production of 1 million barrels of Brent crude from Nigeria at its Vadodara headquarters. The company had set an ambitious target of ramping up production from 10,000 barrels per day to 100,000 barrels in a period of five years.

“When we decided to get into oil business in early 2001-2002, we wanted to make it big and not remain on the fringe,” Nitin Sandesara, the group’s chairman, said in an interview in November 2011.

While the promoters were celebrating their Nigerian success, it was a different story in India, where the unravelling of the Sandesara saga was beginning. The group’s flagship company Sterling Biotech Ltd, a leading producer of gelatin in India, lost almost 40% of its value on BSE after the gelatin manufacturing facility in Gujarat was closed for about nine months due to pollution issues. From a peak of Rs.262.45 in July 2008, it soon became a penny stock and was suspended from trading.

Meanwhile, a group of investors who had bought Sterling Biotech FCCBs filed a suit against the firm in a British court after the company defaulted on Rs.1,000 crore worth of bonds.

Another publicly traded group firm, oil services provider Sterling International Enterprises Ltd, also turned into a penny stock and trading in its shares too was suspended.

“The Sandesaras had set up more than 300 shell and benami companies in India and abroad, which were used to divert and mis-utilize loan funds. They have been diverting money to Nigeria in the form of illegal hawala transactions and we are closely looking into this aspect,” said an ED official who did not wish to be named.

Several companies promoted by the Sandesara brothers had, on the basis of false and fabricated documents, fraudulently obtained credit facilities of more than Rs.5,000 crore from various banks, which subsequently turned into non-performing assets, according to an ED statement in June. The banks’ Rs.5,000 crore exposure is in respect of loans to various companies of the Sterling Group, including Sterling Biotech Ltd, Sterling Port Ltd, PMT Machine Tools Ltd, Sterling SEZ and Infrastructure Ltd and Sterling Oil Resources Ltd.

In June, ED attached properties including around 4,000 acres of land, machinery, around 200 bank accounts of various companies and accounts of promoters, shares worth Rs.6.67 crore and various high-end luxury cars.

During the course of the money-laundering investigations, non-bailable warrants were issued by the Special Prevention of Money Laundering Court, New Delhi, against several people, including Nitin and Chetan Sandesara.

In September 2017, the CBI questioned a senior Sandesara executive at its Delhi headquarters over his diary code-named ‘Diary 2011’ in which he detailed bribes allegedly given to senior income tax officers.

Nitin Sandesara, a chartered accountant, turned entrepreneur in the early 1980s when he started Sterling Tea by acquiring tea gardens with his younger brother Chetan. The venture did not do too well and the duo then concentrated on Sterling Biotech.

For many in Vadodara, they were the ‘big boys’ in town who lived lavishly and threw parties where Bollywood actors and celebrities were invited.

They also once owned a gym and healthcare facility at Sterling Health Mall in Vadodara, spread across three floors where many Bollywood celebrities have paid a visit in the past. The facility has been shut for some years now.

Chetan Sandesara was the face of the company, interacting with the media and managing the marketing side, while the elder brother was into business strategy and looked after operations.

The group had chalked out major diversification plans from setting up a 4,000 MW coal-fired power plant to developing a special economic zone at Jambusar in Bharuch for which it had acquired some land. The brothers also planned to set up the country’s first private aircraft maintenance, repair and overhaul facility at Vadodara.

The group ventured into the ports business by initiating some construction at Dahej port which it planned to develop. In 2017, however one of the lenders to the port project, SREI Infrastructure Finance Ltd, approached the Gujarat government seeking to acquire the Sandesara group’s stake in the Rs.4,060 crore greenfield port project. The move was part of SREI Infrastructure’s attempt to recover its loan from Sterling Port Ltd.

When contacted, Chetan Sandesara told Mint in March last year that with their oil and gas business in Nigeria growing strongly, they aimed to be a “debt-free group in the next few months”.

“The EPC contractors for the port project stopped construction work a couple of years ago after Sterling Port promoters failed to pay them. In all the Gujarat government has to recover about Rs.100 crore of dues from Sterling Port,” said a Gujarat Maritime Board official on condition of anonymity.

The Gujarat Maritime Board, the regulator for all non-major ports and maritime activities in Gujarat, had last year sent termination notice to Sterling Port in November 2017 after the company failed to pay its dues.

So while Sterling group is said to be producing some amount of oil in Nigeria, its dreams for emerging as India’s next big diversified conglomerate hangs in the balance.