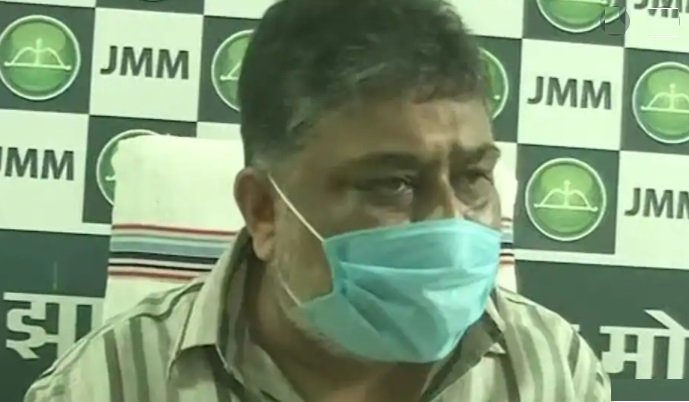 While speaking to the reporters, Bhattacharya said that JMM has identified seven Assembly constituencies to contest the polls.

“We were waiting in the hope that Rashtriya Janata Dal (RJD) will give us seats to contest in Bihar elections. But today we were forced to take decisions against RJD`s `Makkari` (cunningness). We have identified 7 seats on which we will fight and win,” he said.

When asked whether the coalition of RJD-JMM will continue in Jharkhand, Bhattacharya said, “Here (Jharkhand) we have a different situation. We have given them more respect than they deserve. We gave them seats more than they deserve. In Bihar, they did not follow etiquettes.”

Bihar Assembly poll is considered as the biggest challenge for both the alliances in the state. In the NDA alliance, the Lok Janshakti Party (LJP) will not contest seats where BJP will be contesting, however, it will fight against Janata Dal (United).

Both JDU and LJP are in a pre-poll alliance with the BJP. Kushwaha`s RLSP has quit Mahagathbandhan and forged an alliance with BSP.

Hindustan Avam Morcha (HAM) chief Jitan Ram Manjhi has joined NDA. The huge setback has been given by Mukesh Sahni from Vikasheel Insan Party (VIP) who announced his disassociation from Mahagathbandhan in a live Press Conference in Patna on Sunday.

Congress, CPI, CPM are now part of this alliance under the leadership of Rashtriya Janata Dal (RJD).Congress leader Avinash Pandey has already made the announcement about Tejashwi Yadav being the face of the alliance which is seeking to oust the ruling NDA from power in the state.

Bihar with 243 assembly seats will go to polls in three phases: October 28, November 3 and November 7. The results will be declared on November 10.