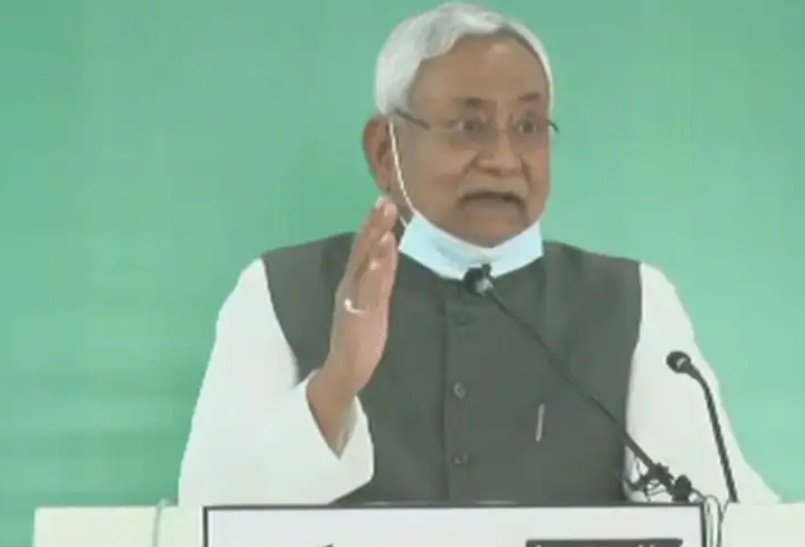 Bihar Chief Minister Nitish Kumar on Monday (September 7) said that the road and electricity condition in the state has improved a lot and his government has successfully established law-abiding culture. He further said that he believes more in working rather than advertising about his work.

Addressing the JDU’s virtual rally, he said, ”The youth today does not know about the past situation of the state, therefore they should know about it so that they can understand the difference between the past and the present scenario.”

Speaking on coronavirus situation in the state, Nitish said, ”Many people in Bihar keep criticising us, without any information. In March, we had decided to increase testing capacity for COVID19 & today over 1 lakh 50 thousand people are being tested every day. We have more than sufficient arrangements for COVID here.”

He said that 20.95 lakh people received financial support from Bihar government during lockdown and more than 1.5 million people were kept at the quarantine center. He further informed that 5 kg extra ration was given to ration card holders.

He also lauded Bihar government’s effort to tackle flood situation and said 83 lakh people affected by floods were provided assistance. He further said, ”We work on the policy of zero tolerance. We cannot compromise with Triple C.”

Targeting RJD, he said, ”RJD  ruled for so many years but could not even do the work of sieging the cemetery but in our government, each work is being given attention.”

Nitish Kumar has said that the Central and State Government have started schemes to give employment to migrants workers. 32 districts of Bihar are getting the benefit of the Central scheme so people should stop speaking against us without knowing the reality.