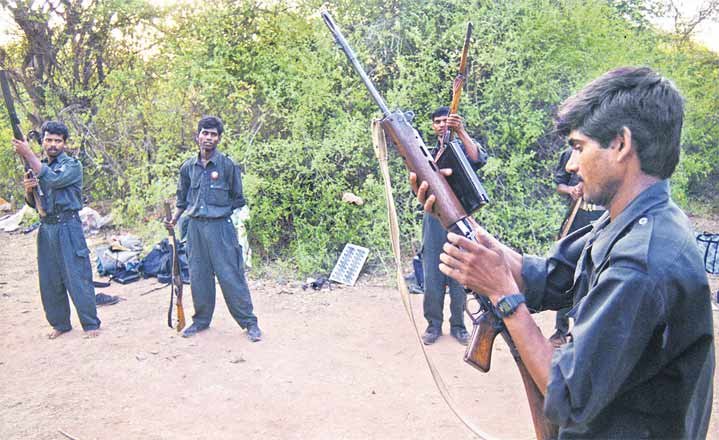 A cache of arms and ammunition belonging to banned outfit CPI (Maoist) has been seized from a village in Bihar’s Gaya district, a senior SSB officer said on Saturday.

Acting on a tip-off, a joint team of Sashastra Seema Bal (SSB) and Bihar Police personnel conducted a raid at Tanti village on Friday night and seized a cache of arms and ammunition and Maoist literature from a brick kiln, SSB’s 29th battalion commandant Rajesh Kumar Singh said.

A country-made rifle, two .303 rifles, two country- made pistols, five cartridges of 7.62 bore and 8 mm and Maoist literature were seized, he said, adding that nobody was arrested during the raid.