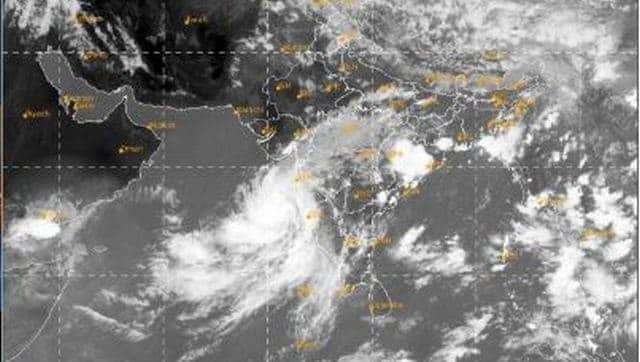 The cyclone Nisarga landfall process has begun near Alibaug which is about 50 km away from Mumbai city, as the cyclonic cycle lays centered over eastcentral Arabian Sea near LAT. 18.1°N and Long. 72.8°E lies very close to Raigad coast. It’s about 60 KM south of Alibagh, 110 KM south of Mumbai, 340 KM south of Surat (Gujarat).

Landfall process has started in coastal area of Maharashtra (near Alibaug), it has hit Raigadh distrct. It will continue for next three hours. It will cross Mumbai, Thane and then proceed to north Maharshtra and South Gujarat. By Wednesday midnight it will weaken and by tomorrow morning it will become depression.

the coastal areas of Maharashtra and Gujarat have been put on high alert while section 144 has been imposed in Mumbai city.

Gujarat government has evacuated over 78,000 people from four districts located near the coastline and deployed 19 teams of NDRF and SDRF. Around 13 teams of the NDRF and six teams of the State Disaster Response Force (SDRF) have been deployed at different locations, five more teams of the NDRF will reportedly arrive soon.