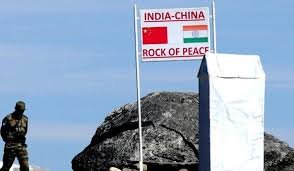 Amidst the India-China Face off at the Line of Actual Control (LAC) in Ladakh, the Chinese Envoy to India, Sun Weidong on Wednesday (May 27, 2020) said that the realization of Dragon and Elephant dancing together is the only right choice for China and India.

Sun said that it serves the fundamental interests of our two countries and two peoples.

Sun added, “China and India are each other’s opportunities and pose no threat to each other and both need to see each other’s development in a correct way and enhance strategic mutual trust. We should correctly view our differences and never let the differences shadow the overall situation of bilateral cooperation.”

Earlier on Wednesday, the Chinese Foreign Ministry in its daily presser said that the current situation on China-India border is generally stable and controllable. It also confirmed that both sides are in touch with each other.

Govt’s sources on Tuesday told WION new channel that the ongoing India-China standoff at the Line of Actual Control (LAC) is “sensitive but not dangerous” and both sides are in communication to resolve the current situation at the local and diplomatic level.

The US President Donald Trump on Wednesday also tweeted and said, “We have informed both India and China that the United States is ready, willing and able to mediate or arbitrate their now raging border dispute. Thank you!”

Although, the US President’s offer may not find any traction. Nirupama Rao, India’s former Foreign Secretary and envoy to the US said, “While US and India are firm friends and strategic partners and kindred democracies, the US and China, on the other hand, are in an increasingly combative and competitive mode of relations.”

She added, “Offer by President Trump to mediate between India and China is well-intentioned, it will not have traction. India and China will have to continue their efforts to seek peaceful solutions to their differences without any third country’s involvement.”

India and China face-off comes three years after the 2017 Doklam crisis. After the 2 month long Doklam crisis, both established a mechanism of informal summits alternating between the two countries to resolve any problems that may arise.

In the first informal summit in Wuhan in 2018, both sides gave “guidance” to forces and “committed” to work for the “common objective of maintenance of peace and tranquillity in border areas”.

This was reiterated again in the Mamallapuram informal summit in 2019.